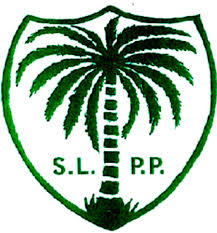 Reports say that the committee which had prominent SLPP elders like John Benjamin, Alpha Timbo and Bernadette Lahai, was unable to reach a decision.
Again it was reported that John Benjamin was leaving when his car was attacked. It is believed that it was in this fracas that the young John Benjamin supporter Karimu Peter George was allegedly stabbed by Fonnie.
According to the AIG East Karrow Kamara he met the young man on the ground bleeding, with his intestines hanging out from his back where he was allegedly stabbed, and he (Karrow) took him in his Police vehicle to the hospital where he was later pronounced dead.
They immediately mounted a man hunt for the alleged culprit, and it was by 1am early Saturday morning that Fonnie was caught trying to flee Kenema in a taxi.
Meanwhile the violence has drawn a statement from Julius Maada Bio who quickly dissociated himself from the alleged murderer who had been described in some circles as one of his bodyguards.
Bio said in his statement that “such act of violence is totally unacceptable, unnecessary and unjustified and has no place in our modern politics in Sierra Leone”. He further called on the Police to let “the law take its full course.”
The deceased Karimu Peter George aka Daddy is said to be a supported of John Benjamin.