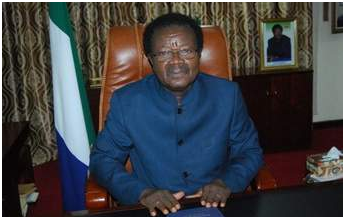 Among those indicted are former VP Foh, former Special Assistant to the President on Religious Affairs and former Permanent Secretary at the Ministry of Social Welfare, Gender and Children’s Affairs who were among top Government officials working in the Hajj Committee and conspired to defraud the state and pilgrims of Hajj funds provided by the government and Islamic organisations.

Reports making the rounds say all the above three are scheduled to appear in Court on 30th July 2018 for the commencement of their corruption cases at the country’s Law Court.

Court documents reveal that the charges made by the ACC against the former vice president along with the two other senior officials, is with regard the misappropriation of hundreds of thousands of dollars meant to support Hajj pilgrims going to Mecca.

The Transition report which is expected to be published this week, made ten recommendations, including two critical recommendations that are geared towards making governance more transparent and inclusive, says Change Media -SL.