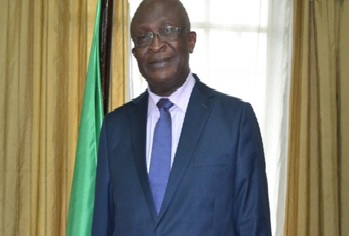 Honorable Hassan B. Sheriff Chairman Parliamentary Finance Committee and Deputy Majority Leader and Leader of Government Business said: “It is the first time that the Minister is able to present the budget on time. In previous years they use to bring it late, so I will like to congratulate him for that. The budget addresses the overall basic needs of the people of this country. This time the budget captures disasters relief fund which was not in previous budgets. There is also something hidden in the budget but you will not know; this budget increases salaries of workers/civil servants that’s why the first one (budget) that they presented to us was withdrawn for this second one which brings the budget up to the amount it is. I hope that will change or improve the lives of the people. I know that an increase in salary is a big improvement on the lives of the working class people of this country. The percentage increase of salary is normally between two to five percent. It does not come as a surprise at all because we are supposed to have salary increase every year.”