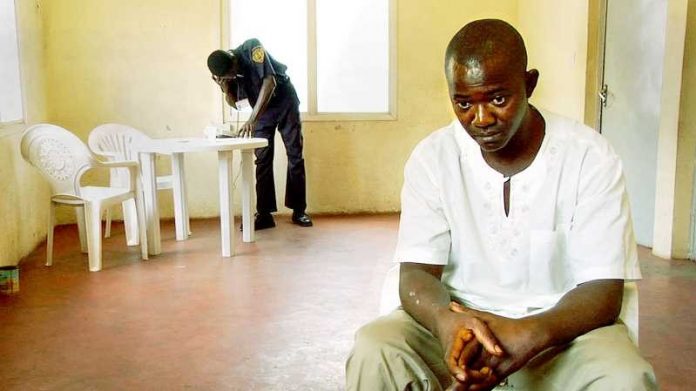 After the war, which was termed “war don don” in the Krio language in Sierra Leone, Sesay was indicted by the Special Court for Sierra Leone, a judicial body that was set up by the country’s government and the United Nations to prosecute international war crimes. He and several other rebels were eventually convicted on a majority of the charges.

Rebecca Cohen, the future director of the documentary, sat in the gallery as an observer of the court in 2006. She was there as a law student assigned to a different case, but her interest was drawn by Sesay.

As she observed the man, who was both “accused of crimes against humanity and was a key player in the peace nego­tiations,” she became “fascinated by the range of roles that one man could assume amidst the intensity of such a brutal con­flict,” Cohen recalled in a statement on the film.

The idea for the documentary was born as Cohen determined to combine her backgrounds in law and filmmaking and bring the story of the international court’s workings to a wider audience.

“This landmark moment in international criminal justice is a timely call for introspection, dialogue and critical analysis,” Cohen said.

Tiona Cage, assistant director of international student and scholar services at GFU, is organizing the local screening. She identified war crimes, justice, international criminal courts, reconciliation and accountability as some of the key topics explored in the film.

“I hope people will think deeper about the complexities of criminality and of trying to understand what constitutes justice for the perpetrator of a crime and the perpetrated,” Cage said, “both of whom may either hold some level of responsibility and/or be victims to some degree.”

Miller also highlighted the complexity of justice as a key point for the discussion, “and also what that looks like when we cross cultures.” Specifically, whether the justice sought by the international community through the tribunal is in line or at odds with the justice that the people of Sierra Leone are looking for.

“Also, ideas about justice that relate to community healing and this country’s healing, as rebels have to go back living in the same community with the people who maybe were their victims,” Miller said.

The screening is co-spon­sored by GFU and the Chehalem Cultural Centre, CCC, and is part of International Education Week, commis­sioned by the federal gov­ernment in 2000.

Cage said the goals of the weeklong commemoration in­­clude marking the importance of efforts like study abroad, language and exchange programs, drawing interna­tional students to the Newberg campus to earn degrees, and highlighting the positive impact these programs can have on the community.

The screening and dis­cussion runs from 6 to 8 p.m. this Friday at the CCC.