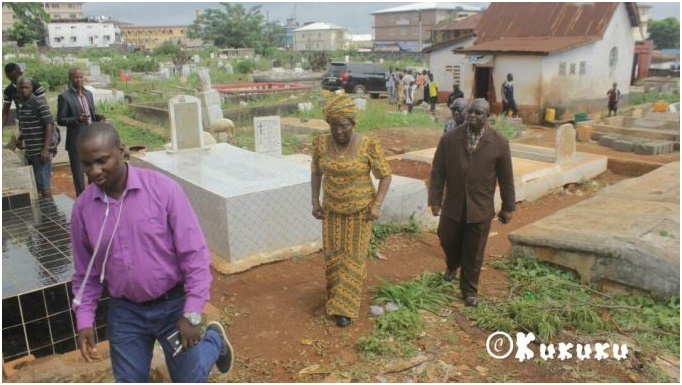 She ended by appealing to the general public to exercise patience as the Mayor of the Freetown City Council His Worship Bode Gibson is working closing with the Ministry of Political and Public Affairs, the Member of Parliament for Constituency 103 Hon. Rosaline Jariatu Smith and the local authorities to ensure that the logs are cleared and the affected graves are being repaired.

The Member of Parliament of Constituency 103, Hon. Rosaline J. Smith explained that as the people’s representative they are very keen about people’s interest.

The team also visited Race Course Cemetery to see the damaged done to the graves.

In closing the Deputy Chief Administrator, Mr. Mohamed Koroma reaffirmed council’s commitment in the repairing of the affected graves and in clearing of the logs.