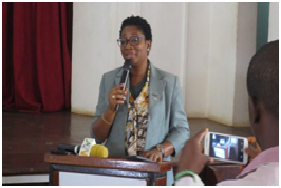 A response letter from the NPPA, dated 25th March 2014, stated that “NPPA has no objection to CRC shortening the period of advertisement to a minimum of two weeks.” This was however with the provision that it was advertised in at least two newspapers of wide national circulation and a soft copy of the invitation for bids was made available for placement on NPPA‟s website.

During the audit, the auditors requested for copies of newspaper advertisement for the said procurement. They were not produced for audit inspection. In addition, procurement documents such as technical evaluation report, procurement committee’s approval report and performance bond guarantee were not produced for audit inspection. It was also observed that transfer payment made to Betrays Business Agency, according to a letter dated 24th July 2014, for the supply of furniture and equipment to the CRC, was worth Le 1,106,321,550.

The said payment was however without payment voucher and delivery note, questioning whether the said items were actually delivered. It was therefore recommended that the Executive Secretary (ES) should produce the relevant documents within 15 days of receipt of this report; otherwise, the amount should be surcharged and disallowed.

In commenting, the Auditor stated that during the verification exercise, newspaper adverts and soft copy of the bid adverts were not produced for audit inspection. According to the Audit Report 2016, “We were able to verify procurement documents such as technical evaluation report, procurement committee’s approval and performance bond guarantee. We were also able to verify payment voucher and delivery note for the supply of furniture and equipment by Betrays Business Agency. Our conclusion is that value for money may not have been obtained in the procurement process. We would recommend that the appropriate authority consider this matter.”

The report went further to state that procurement procedures were not followed at the CRC. The auditors observed that the NPPA replied to a letter dated 24th September 2013, in which the CRC was requesting for approval for the use of restricted bidding method to procure vehicles, furniture and equipment.

In the response letter, the NPPA stated that “the Public Procurement Act, 2004 provides that when restricted bidding is used, only the most urgent needs should be purchased accordingly, whilst the rest should be put through an open competitive process. Therefore, CRC needs to take this into consideration for the vehicles, equipment and furniture”.

Section 41(1-2) of the NPPA Act 2004 states: “all known suppliers capable of supplying the goods, works or services shall be invited to bid”.

During physical verification of 11 vehicles procured by the CRC, vehicle with registration number AJE 712 (Toyota Hilux P/Van) was however not verified. It was therefore recommended that the Procurement Officer should provide the relevant supporting documents for audit inspection and also make available Toyota Hilux P/V AJE 712 for physical verification within 15 days of receipt of this report; otherwise, the appropriate authority will be advised.

Officially responding the Constitution Review Commission Executive Secretary stated that supporting documents in respect of procurement were available for audit inspection. He added that AJE 712 was loaned to the Ministry of Health during the Ebola period and got involved in an accident and was damaged extensively at the time. He further noted that it was presently in the garage.

The Auditor in commenting stated that bid invitation letters to the various bidders were not produced for audit inspection. “We were however able to verify procurement committee’s approval and bid security. The police report for the said vehicle that was involved in an accident was also not produced for audit inspection, and the auditors were unable to verify this vehicle. Therefore, the issue relating to the missing vehicle AJE 712 with estimated value of US$10,000 was still outstanding. We would recommend that the appropriate authority consider the matter further.”

Additionally, the Audit Report 2016 states that payments worth Le1,689,045,749 were without adequate supporting documents such as receipts, invoices, delivery notes, distribution lists, minutes, attendance lists, as well as monitoring report.

It was recommended that the Accountant should produce the relevant supporting documents within 15 days of receipt of the report; otherwise, the total amount should be surcharged and disallowed.

The Auditor when commenting stated that supporting documents for Le1,272,604,624 were verified, leaving a variance of Le416,441,125 not available for verification; therefore, the sum should be disallowed and surcharged to the officers who appropriated them.

The report adds that the sum of Le5,448,030,600 was withdrawn/paid from the operational account at the Bank of Sierra Leone, without supporting documents produced for audit inspection.

It was recommended that the Accountant should produce the relevant supporting documents within 15 days of receipt of the report; otherwise, the total amount should be surcharged and disallowed.

Officially responding, the ES stated that payment vouchers and supporting documents were available for audit inspection.

However, the Auditor in commenting noted that during the verification exercise, “we were able to verify supporting documents for Le3,871,803,600. However, documentary evidence for Le1,576,227,000 could not be verified. Therefore the sum should be disallowed and surcharged to the officers who appropriated them.”

The Auditor’s comment was that five percent withholding taxes for the periods, which amounted to Le76,571,013 was still not paid to the NRA. “Therefore, the Vote Controller should be held personally liable for the sum which he has failed to withhold according to section 129 of the Income Tax Act 2000.

The report mentioned inefficient inventory management. It stated that assets procured such as laptop computers and internet modems worth Le155,530,950 were not physically verified. The distribution list of those items was also not produced for audit inspection. Furthermore, the auditors observed that a fixed assets register was not maintained by the CRC.

It was recommended that the Executive Secretary should ensure that all assets purchased were updated in the inventory ledger.

Officially responding the ES mentioned that laptops and modems were given to some individuals who were now out of the country. He added that they are trying hard to get in touch with them to retrieve those assets. He noted that others will be made available for audit inspection.

The Auditor’s comment was that “six lap-tops and modems worth Le62,000,000 were verified. However, nine lap-tops worth Le93,530,950 were not produced for physical verification. Therefore section 12 of the Audit Service Act 2104 should be implemented.”

The Audit 2016 Report is currently in Parliament for debate. 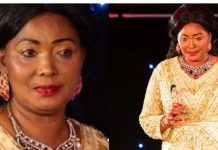 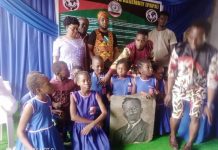 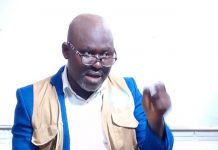