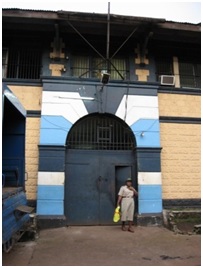 The convict Emmanuel Brima of No. 6 Ngombu Street, Kono District, in the Eastern Province, was Field Officer of the Sierra Leone Poverty Alleviation Agency (SLPAA).

It could be recalled that between the 1st and 20th of August 2015, the first accused in the matter, Momoh Macderiel Kpaka, who is Nutrition Project Manager of SLPAA and resident of 17 Harding Street, Fanikoh, Kono District, and the convict Emmanuel Brima, sold a 125XL Honda motorbike, donated to SLPAA by the United Nations Children Fund (UNICEF).

The ACC reassures the general public of its continued commitment to the fight against corruption in Sierra Leone.