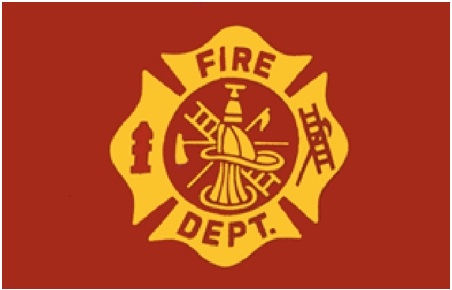 According to information gathered by this Commentator on the scene of incident, workers in charge of the tanker depot at the Shell Filling Station (now Safecon) at New Road were loading some of their forty-feet tankers with fuel to be supplied to Makeni and other towns in the provinces when the bailing machine they were using to fill the tankers sparked fire. The fire reportedly emanated from the sparking of the bailing machine and two of the forty-feet tankers that were already loaded with fuel were engulfed by fire and the fire started spreading to the central business complex adjacent to the filling station.

I was told that the fuel that spilled from the burning tankers went through the drainage from the filling station to underneath the buildings of the central business complex that was seriously damaged by the fire incident.

Efforts to put off the inferno by the National Fire Force (NFF) and others that complemented its efforts lasted for several hours before the operation could succeed.

But what surprised me most was some of the difficulties involved in putting out the fire as most of the buildings within the precinct of the fire disaster were also in danger of being engulfed by the inferno, including the Mega Cola Factory and the filling station itself.

On my arrival at the scene, there was already a fire extinguishing tanker from the Sierra Leone Ports Authority (SLPA) before the second tanker from the NFF arrived at the scene. At this juncture, all the fire fighters were concentrated on the buildings of the central business complex where the spilling fuel had settled underneath the drainage. Water had almost run out in the two extinguishing tankers when Bollore African Terminal sent another tanker that supplied the NFF fire extinguishing tanker with enough water that finally put off the fire late in the afternoon.

Amidst the pandemonium, both Military and Police Officers tried their level best to control the curious crowd although there were some excesses to cow the civilian populace into submission especially against some of the exuberant youths who had volunteered to extinguish the fire using water and sand provided by some business houses that were also in danger of being affected by the inferno.

Many arrests were made whilst some unsuspecting people were molested, beaten up or humiliated by the officers especially when AIC Memunatu Conte Jalloh (Mrs) was around and cheered at by the unruly youths being mindful of her high-handedness.

Be that as it may, one thing that came out clearly in the fire disaster at Shell New Road in Freetown is that it showed the incapability of the NFF to put such fire incident under control. It also came across that although Government claims to be taking the institution seriously; it is one of the least Government institutions in terms of budget allocation and the provision of equipment that will capacitate them to fight fire incidents effectively and efficiently.

Let us assume that if both SLPA and Bollore African Terminal had not come to the aid of the NFF in quenching that inferno the entire area would have been engulfed by the blaze through the negligence of Government by not providing the requisite equipment for the NFF to deliver its statutory mandate effectively and efficiently.

Truth is Government has totally neglected the importance of the NFF given the number of fire disasters in not only Freetown but also the entire country. For instance, under the decentralization programme, branches of the NFF were established in the country during the regime of the late former President Alhaji Ahmad Tejan Kabbah, but there is no need asking whether or not they are functioning when the headquarters in Freetown is already paralysed. If those branches of the NFF were actually functioning, the branch at Kissy would have been the first fire fighters to have quelled down the situation at Shell New Road because of its proximity. But with all the traffic jam in the capital, the fire kept on blazing until a fire fighter engine was sent from the headquarters of the NFF at A. J. Momoh Street off Circular Road in Central Freetown to Kissy where there is an NFF branch. What an irony!

Another reason why I believe the Government is not taking the NFF or fire disasters seriously is borne out of the recklessness of the Water Resources Ministry in not prioritizing the provision of water in all the hydrants in Freetown which would serve as sources of water for the NFF in case of fire incidents.

During the fire incident at Shell New Road, I learnt from a very senior Fire Force Officer that all the hydrants from Calaba Town to Goderich Street were empty and that they find it extremely difficult to get water whenever there is fire disaster in the East of Freetown. His allegation came to pass when I saw for myself that when they got stranded for water, it was Bollore African Terminal that provided it for them to finally succeed in extinguishing the fire. The disaster would have escalated if there was no alternative to the empty hydrants that are supposed to be filled by the Ministry of Water Resources through the Government owned Guma Valley Water Supply Company.

Why are Sierra Leoneans being treated with levity in terms of protecting them against any fire disaster? I believe Government should reform the NFF to an effective and efficient institution capable of carrying out its statutory mandate across the country. That institution does not need antiquated fire fighter engines which they are now using; instead, they need enough modern fire fighter engines at the headquarters and all branches in Freetown and the provinces to take on fire incidents head on and with great professionalism.

This could be appreciated for a start and Government could even consider procuring helicopters to extinguish fire outbreaks in the future. It may sound very ambitious but when you consider the number of fire disasters we had in Freetown over the Christmas holiday, you will start to imagine whether we are serious about fighting fire incidents in our country. The National Power Authority (NPA) headquarters on Siaka Stevens Street which has the notoriety for fire disasters, St. Joseph’s Secondary School at Brookfields and many residential homes were gutted by fire during the Christmas holiday.

It is my strong belief that those unfortunate incidents may persist unless Government capacitates the NFF to the level of international best practice. I believe the NFF should no longer be seen as a mere dumping ground for layabouts but a professional institution that should be equipped with trained and qualified personnel and the relevant equipment to enhance their work.