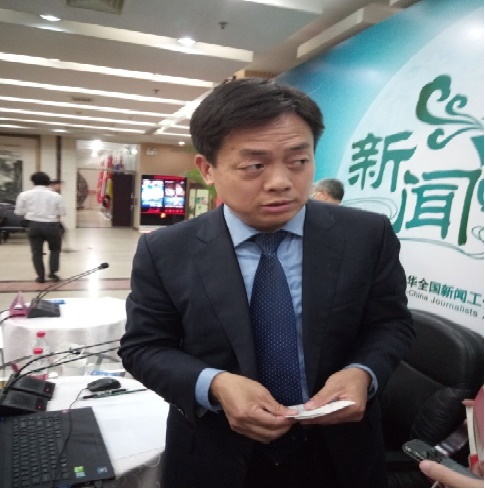 While making statements at the handing over ceremony, the Chinese Economic Councilor, Shen Xiaokai explained that the over forty (40) years of bi – lateral relationship between China and Sierra Leone is meaningful particularly in the field of agricultural cooperation.

Councilor Xiaokai highlighted among other things, the continuing agricultural Input support, the filled in of Chinese Technical teams to work with our farmers and the training opportunities offered to the Ministry staff as clear indication of the existing cordial relationship.

He disclosed that as an outcome of H.E President Earnest Bai Koroma’s visit to china, the Chinese Government is shipping 6,300 metric tons of rice for Sierra Leoneans of which  55,000 bags was last week received by the Agriculture Minister on behalf of the Government and people of Sierra Leone. .

Responding, Agriculture, Forestry and Food Security Minister, Prof. Monty-Jones expressed delight over the gesture noting that agric is fundamental for the country’s development.

While assuring the China Aid Technical Team that his farmers will use the input to boost agricultural production and productivity, Prof. Monty – Jones entreated the farmers to commercialize agriculture along the value chain.

The Minister however requested the Chinese Government to help his Ministry to rehabilitate about ten (10) Irrigation Schemes in Sierra Leone that were earlier developed by Chinese Technical Teams to help us increase production but later destroyed during the rebel war.