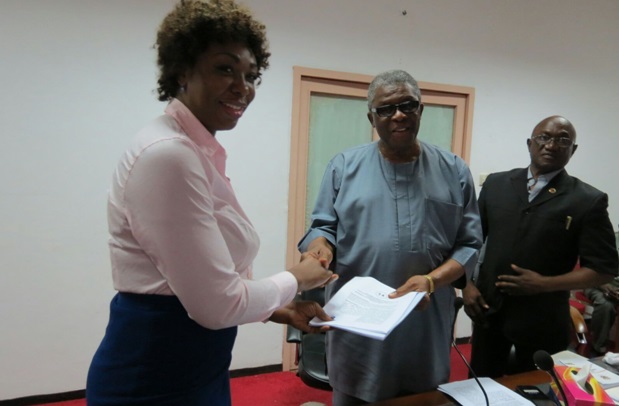 A non- governmental organisation advocating on the rights of children, the Child Rights Coalition-Sierra Leone says that children’s rights are perilous and require special attention and approach.

Executive Director of the Coalition, Abdul Manaff Kemokai, listed some of the recommendations: the inclusion of “non-discrimination” in the new Constitution. He said the Child Right Coalition has observed that there are several discriminatory laws against women and children in Sierra Leone. He cited Section 27 (4d) of the current 1991 Constitution, which makes room for discriminatory practices against women and children in the areas of adoption, marriage, divorce, burial, and devolution of property, death or other matters.

A typical instance, Mr Kemokai recalled, was when the Ministry of Education Science and Technology banned pregnant girls from taking their exams, irrespective of the fact that the Education Act of 2004, provides for education for children without any discrimination. He said such policies or pronouncements can be invoked if the new Constitution entrenches the clause of the non-discrimination act.

The inclusion of “The rights to life, survival and development for all children” was recommended by the coalition.

According to Mr Kemokai, many children in Sierra Leone lack access to good food and nutrition, child and infant mortality rates are still very high. Therefore, the coalition  recommended that the government through the constitution, be obligated to strengthen her policies and programmes  in addressing issues relating to survival of children which should include food, security, healthcare and ensure all children are priority; especially those in the rural areas of the country.

The coalition also recommended that “citizenship” must be included with clear procedures on how children can become citizens without any gender and racial discrimination. They propose consideration be given in the best interest of the child being that the procedures concerning citizenship are not too clear in the current Constitution.