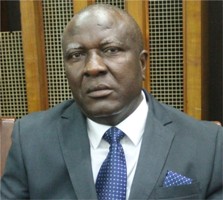 In a letter to the GTT dated 13th June 2018, the Permanent Secretary of the Ministry J.T Kanu stated that he was “unable to provide” information of the aforementioned properties and sale because “they do not fall within our mandate.”

Twelve houses belonging to the defunct SLST/NDMC on Spur Road and elsewhere in Freetown were quietly sold to John Sisay, who the GTT understands was acting on behalf of President Koroma, for sums way below the market value that had been set by an independent valuator contracted by President Koroma’s government itself.

The GTT was informed that the houses were bought for around US $1.3 million, though the valuator had prized them at over US $12 million. The Koroma government also sold some SLPMB properties, as well as two ministerial quarters to Wanza for undisclosed amounts. These transactions raise enough legal, ethical and moral questions for them to be reviewed, and the GTT recommends an immediate review.

The GTT reviewed documentation it got elsewhere relating to many of the extensive assets, including houses, land and other properties, belonging to the defunct SLPMB; such assets all over the country are listed in the Government Gazette, though it appears  that only 53 were repossessed by Government. They show that some of the assets were bought, clandestinely, by former President Koroma and his relatives, and all at below market prices.

The Government furtively sold three SLPMB buildings on Hill Cot Road to an undisclosed buyer, presumably Mohamed Wanza. Note that a Cabinet Conclusion had explicitly stated that the SLPMB properties, like those of SLST/NDMC, must not be sold, and must be kept in reserve.

Mr. J.T. Kanu did submit a list of Government quarters approved and sold at the time, apparently in great haste, beginning in early January 2018 and ending, incredibly, on 29th March 2018, a day before the runoff elections that President Bio won. Aside from the indecency of making such controversial transactions when the APC knew it was at the point of being replaced, the sales were simply fraudulent. The list records the sale of 29 houses, many to top APC officials and their relatives. The purchases by Sisay/Koroma are not included on this official list, for reasons that are not hard to fathom. The last sale on 29th March 2018, of IRO Villa B 49 at Cantonment Road, Freetown, was to one Ibrahim Conteh, for a mere Le.80 million (US $10,000). It should be noted that a plot of land in that area costs several times more than that money. One house on Spur Road is recorded ‘sold’ to Fanny Koroma, the daughter of then Minister of Works Alimamy Petito Koroma, on 9th January 2018. Described as a medical doctor, she is recorded to have paid Le.100 million (about US $12,000), even though the market value for a plot of land in the area is more than ten times that amount.

A special letter from the former Minister of Works, Housing and Infrastructure, Alhaji Ibrahim Kemoh Sesay, to President Koroma, dated 5th December 2017, preceded the sale of the house to Ms. Koroma. It praised Ms. Koroma for her willingness to work “at very, very low salary” [sic], and that this willingness should not cause her to be “disenfranchised in any way.”

However, this letter does not make clear why Ms. Koroma was singled out among the hundreds of young medical doctors and other professionals working for the Government for the same or lower pay for this privilege, or why not selling Government property at giveaway prices might be considered disenfranchisement.

Chief Justice Abdulai Charm is also recorded to have paid Le.100 million for a house at Hill Station, and Bockarie M. Foh is recorded as paying Le.135 million. Four other (suspiciously) unnamed buyers are recorded as buying two houses for Le. 50 million each, one for Le.80 million, and another for Le.100 million – all on 28 March 2018, two days before the run-off election that President Bio won.