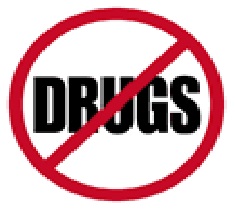 Sadly, at the end of the war, no attention was paid to the aspect of drug addiction; the ex-combatants went back to their various communities, with the acquired dangerous new habit of drug abuse.  Many became drug dependent to forget the horrors of the war.

Though facts are hard to lay hands on, there are indications that those who were involved in the drug business during the war saw Sierra Leone as a virgin ground for the booming drug business. Therefore, they took total advantage of the numerous challenges the post-war country was facing to continue their trade. Since then, drug abuse has become a serious issue in Sierra Leone as hundreds of young people have decided to escape the harsh realities of life by taking to drugs.

The high rate of unemployment, dropping out of school and other learning institutions because parents and guardians are unable to pay their fees, lack of  shelter, to name but a few, all contribute to drug addiction among youths who believe that drug use will soften the situation and/or create a utopia  for them.

It was the accidental discovery of a plane load of cocaine at the Lungi International Airport at street price estimated at $100,000 that jolted the Government of Sierra Leone into action, thus leading to the enactment of the National Drug Control Act in 2008, with the provision of setting up a commission. This fast-track law was meant to try those accused of involvement in the cocaine sage. The enactment of the National Drug Control Act in 2008 and the Transnational Organized Crime Unit in Sierra Leone are all positive steps in controlling drug abuse. But Sierra Leone’s National Drugs Control Act, like in other West Africa countries, is militant, while its enforcement put more burden on the criminal justice sector which is saddled with huge financial and human capacity issues. The ramifications include overcrowded prisons or correctional centres, with a lot of drug related cases awaiting trial for long period of time.

The issue of drug abuse is also compounded by campaigners. In West Africa, we have demonised drug users and call for society to have nothing to do with them. We call for their marginalisation, rejection and ostracise them, making them carry the entire social filth and treat them like lepers or deadly contagious virus/disease. Campaigners continually call for drug users to be harassed by law enforcement agencies; we call for tougher laws, with scant regard paid to the human rights of drug abusers, who are stigmatised.  We woefully fail to show the human face to their plight. Our “holier than thou attitude” only place heavy burden on the criminal justice sector as many languish in overcrowded prisons/correctional centres where many have lost their lives.

Today the UN and many international organisations like the West Africa Commission on Drugs (WACD), West Africa Civil Society Institute (WACSI) and the International Drug Policy Consortium (IDPC), the United States Agency for International Development (USAID), Open Society Initiative for West Africa (OSIWA) and Kofi Annan Foundation (KAF) are all calling for reform in drug laws/policies, with focus on the human rights of drug users, and to treat drug use as a public health issue with socio-economic causes and consequences, rather than as a criminal justice matter.

In the just concluded training workshop for CSOs working on Drugs in West Africa, in Dakar, Senegal, organised by WACD, WACSI and the IDPC, with support from USAID, OSIWA and KAF, the main focus was on advocacy toward UNGASS, security and law enforcement. Participatory advocacy skills were sharpened. Campaigners were entreated to have compassion for end users and strive to help them out to become better citizens. The refrain from the workshop was for campaigners to call for health treatment and not incarceration, that the human rights of drug users be respected instead of the imposition of tougher laws for punitive actions.

That is why the West Africa Drug Police Network Salone is calling on the Government of Sierra Leone to harmonise the 2008 National Drug Control Policy with the West Africa Commission on Drug’s evidence-based recommendations in the commission’s report titled “Not Just in Transit, the State and Society in West Africa.”

The report calls on governments and other stakeholders in the region and beyond to: