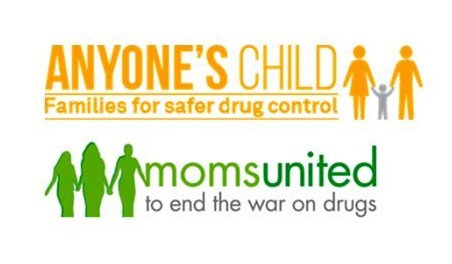 “In preparation for this event, I met with a group of NGOs… But the most powerful voice of all belonged to a mother.  She was there to tell the story of her young daughter, who lost her life due to complications of substance use. She described watching her daughter slip away, as she struggled to access the treatment and services that may have saved a beautiful, fragile life.  Stories like this are far too commonplace. Today, I stand before you as Canada’s Minister of Health, to acknowledge that we must do better for our citizens.”

Donna May and other family members impacted by the war on drugs have been brought to New York to meet with officials from the UN and national governments, as part of a joint campaign by UK-based group Anyone’s Child: Families for Safer Drug Control and the US-based Moms United to End the War on Drugs.

Donna May said: “Today was the fulfilment of my promise to my daughter that in death her life would have meaning. Today I am proud to be Canadian. I hope other member states watch closely as Canada leads by example and provides the model that will go far toward saving the lives of our children.”

For the first time at a UN drug summit, countries have voiced their opposition to punitive, drug-war policies and called for fundamental reform. Alongside the Canadians, who announced that they will legally regulate cannabis in spring 2017, Mexico, Colombia, Jamaica, Uruguay and New Zealand all supported legal regulation of drugs, and called for reform of the outdated UN drug treaties at or in the run up to the UNGASS.

Similarly, the UN Office of the High Commissioner for Human Rights criticised the summit’s outcome document for its failure to prioritise human rights. They and every other relevant UN body also called for people who use drugs to no longer be treated as criminals.

Anyone’s Child Coordinator Jane Slater said: “We are delighted that the Canadian government has listened to its citizens, including Donna May, and responded in such a principled and pragmatic way.  The old drug-war consensus has gone. Countries from across the world are decriminalising and legally regulating drugs. The countries that have stood up and called for reform deserve our heartfelt thanks for leading the world out of a sixty-year long war, and toward peaceful solutions that will promote health, reduce crime, protect young people and save money.”

Cara Lavan, from the UK, who lost her partner to a heroin overdose, and is part of Anyone’s Child, said: “Whilst the Canadians can be rightly proud of their government’s position, the UK government still supports the failed global drug war.  Neither the Conservatives nor the Labour party have engaged with the fact that it is a criminal justice approach to drugs that led to the deaths of our loved ones. We families call on the major UK parties to follow Canada’s lead and advocate for evidence-based policies that promote peace and protect ordinary families.”