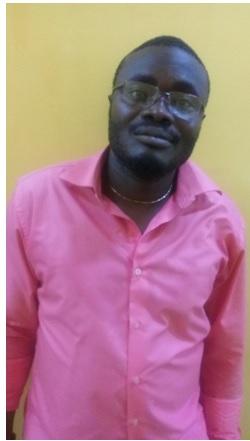 “I stopped, took out my camera and started filming the chaotic scene. Some of the personnel saw me and asked me to approach them and I did. Upon reaching them, one of them identified me as: “The troublesome journalist who has been going after government issues on his programme Caught On Camera TV programme”.

At this juncture, Victor went on, some of the personnel rushed at him and gave him a beaten he will never forget so soon in life and as if that was not enough, his mobile phones, wallet and physical cash were all brutally taken from him.

Answering to the question of whether beating him was politically motivated, he said he cannot tell but one of the officers told him even if he is killed the president would be happy. He said they accused him of saying ill things about the sitting government, including the Hajj Saga among others.

“I am a journalist that has always remained objective and professional. So for someone to see me as his/her enemy is just too unfortunate and unfair.” Victor stated.

Victor’s life was saved that ‘black Sunday’ by passers-by and some Okada riders who intervene and begged for him to be released. He is currently receiving medication for body pains and emotional shock after reporting the matter at the Cockrill Military Headquarter.

It can be recalled that the Hajj fraud issue was thoroughly and objectively criticized by Victor’s Caught On Camera TV show, coupled with other issues of national concern and interest that have been going bad in the society.