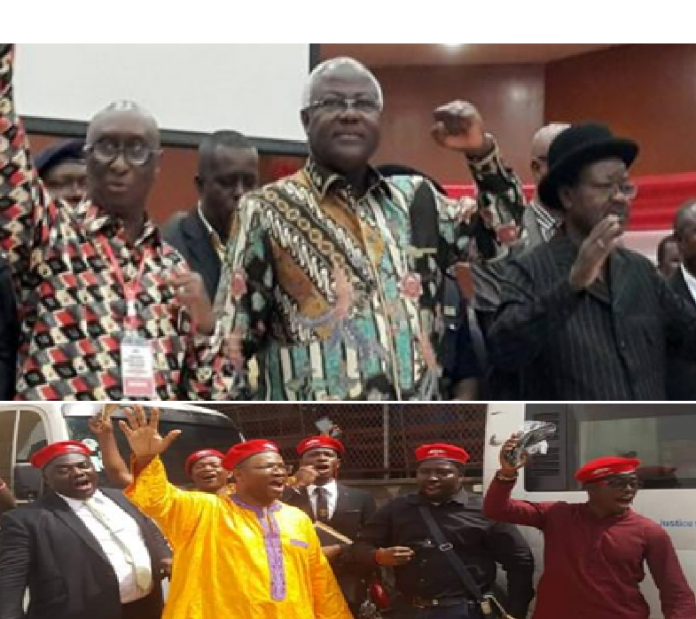 National Chairman and Leader for the main opposition, All People’s Congress (APC) Party, Ernest Bai Koroma, who double as former President of the Republic of Sierra Leone, has warned aspiring APC flagbearers against what he described as; ‘Munku Politics’.

He said such actions have the potential of bringing disunity and chaos within the party.

According to Koroma, such attitudesare counter-productive. He called on leaders in the APC to embrace each other and ensure that they transform the party into an inclusive one so that members who had gone away are encouraged to come back and new members feel free to join.

The former president was speaking at a press conference following the postponement of the party’s national delegate’s conference in Port Loko after a High Court injunction was won by some members of the opposition APC party – known as the National Reformation Movement (NRM), which successfully stopped the party from holding its national convention over the weekend.

Speaking further, Koroma said the recent court injunction is an issue which the party’s legal team and executive will take up with the relevant authorities, adding that as a result, the APC would now resort to using the party’s 1995 Constitution.

He thanked leaders and non-leaders of the party for keeping the party unified, adding that unity should be the watchword even as the party faces the issue of electing a flag bearer for the 2023 elections.

He called on all APC members to be resolute in maintaining peace and observing the rule of law.

Numerous APC officials, members, supporters were in attendance. The press conference was held on Saturday 11th January, 2020 at the APC Bai Bureh Hall in Port Loko.

Also speaking, APC’s Secretary General, Ambassador Foday Osman Yansaneh informed his audience that it is regrettable the convention could not hold because hundreds of people including those from the Diaspora were in attendance and that huge amount of money had been spent to hold the event. He however called on the APC general membership to stay calm, peaceful and focused until a new date for the convention is announced by the APC secretariat.