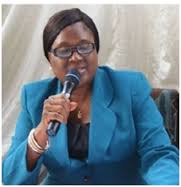 But this time round, Mohamed Conteh’s portfolio company has not escaped exposure. The political influence he used to bid for the construction of an Ultra Modern Complex at the Africanus Road Branch of the SLRSA failed him this time. The bidding process, even when it was relaxed for him, was so intricate for a mere ‘dreg man’ company that for more than one year, politics could not save him. The SLRSA had no alternative but to terminate the contract with ALUMED, after investigations proved non tax compliance at NRA and forgery among other things.

However, instead of showing remorse for his criminality and for holding the project to ransom, he engaged in smear media campaign against the SLRSA and its Executive Director, Dr. Sarah Bendu.

“That was what warranted the Executive Director to issue the press release,” Abdul Karim Dumbuya, Public Relations Officer of the SLRSA who spoke to the Spectator Wednesday this week on the matter said. He said there were evidences of forgery and that he was encouraging journalists to challenge Mohamed Conteh’s claims by crosschecking with the NRA to see whether the receipts of tax clearance forwarded by ALUMED were not falsified,” Dumbuya went on, saying the issue is now closed as the work site has already been handed over to a qualified contractor.

Dumbuya said as ALUMED continues to make claims that SLRSA has taken the contract from him who is most qualified and awarded wrongly to an unqualified company, the Executive Director thought it fit to put the records straight. “The press release will caution Mohamed Conteh that he is a fraudster. The SLRSA has nothing to do with him.”

However, the PRO stopped short of commenting on how in the first place ALUMED was awarded the contract if it was strictly on equal opportunity bidding.  The press release failed to throw light on the bidding process which they claim was based on the best practice of International Competitive Bidding (ICB).

According to the press release, the procurement unit used the International Competitive Bidding Method and out of nine persons/companies that bided, Mohamed Conteh trading as ALUMED at Waterloo Street was recommended by the Evaluation Committee.“So if the institution was considerate enough to give ALUMED time to fulfil all the criteria but he failed, why blame Dr. Sarah Bendu and the SLRSA? That only tells you he just wanted the contract money with no capacity to do the work,” Dumbuya noted. He said in spite of the many telephone call appeals on behalf of ALUMED, the Executive Director took caution not to jeopardise her position. “Dr. Bendu wanted things to go the right way, because she knew the issue was delicate, directly bearing on her integrity.”

Meanwhile, in a local tabloid last week, Mohamed Conteh referred to the press release as a bogus attempt by SLRSA to make a cover up. According to the story Mohamed Conteh still claims that his company, ALUMED was the most qualified for the contract; a company with long standing and proven performance track record in construction and procurement business.  Mohamed Conteh insists the contract has been awarded to an unqualified contractor and that even the press release was not authentic, bearing no signatory, though he made no hint on challenging its contents