The quiz competition was organized to mark the 53rd anniversary of the existence of the APC Youth League.

The purpose of the quiz is to build the intelligence of student academically, and also to enable them to have vast knowledge of the party history.

Bai Mamoud Bangura proposed Minister of Youth Affairs and President of the National Youth League thanked President Koroma for  supporting in their education  adding that the quiz  competition would  help build the mind set of young people both  academically and mentally  to take over  leadership position  in the party and the country as a whole.

Komba Kaimondo Sonsiama, President of the National Union of APC Student (NUAS) expressed dissatisfaction over certain information from the opposition party that  youth  of the APC party are not academically incline and  full of violence but  believe the quiz competition would  prove them wrong.

The competition comprising of two rounds each having five set of questions as seven among the fourteen participants were eliminated in the first round while seven qualified to the second round of the competition.

Alsheik Alhassan of Njala University Freetown Campus emerge as winner of the Brain of APC Quiz competition followed by IPAM. 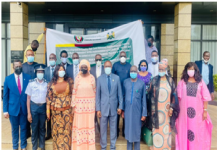 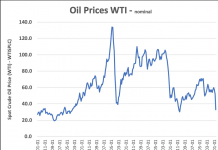 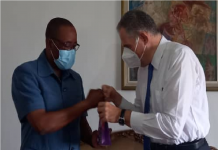