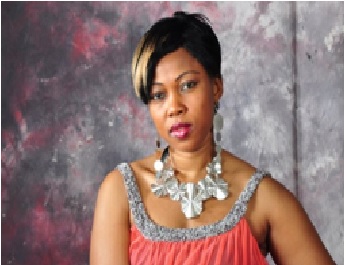 She challenged the world that should the two APC leaders produce their FBC records to prove that they passed their final exams, she will ask her husband to back out of the presidential race. According to her, if the duo would have passed their exams in college, they would have seen reasons to prioritising education in the country.

Mrs. Bio went on to question the academic credentials of Dr. Samura Kamara while accusing him of having a fake Doctorate degree and associated him as a rapist and an ugly individual.

Responding, the APC said: “Fatima Bio is so desperate to become first lady. This has placed her on the line for pick by anyone who supposedly vying to lead a country.”

They termed Mrs. Bio’s statements as being ‘reckless and has not being welcomed by many people including top members of the women wing of the SLPP who have suggested the she apologizes.’ The APC further referred to Madam Bio’s statement as baseless, unlawful and revolting utterances against President Koroma.

“Inasmuch as the SLPP leadership has been plunged to a messy situation, the above statement from Fatima to say the least shows Bio is a heckpen husband” the APC stated, adding; “we deemed the above statement as being very reckless to have come from someone who is aspiring to be a First Lady of our beloved  country”.

According to the party, it is a disgrace for Fatima Bio to talk about rape and passing of exams when she has a lot of skeleton in her cupboard.

They further alleged that Fatima has been the virus who is now causing serious problems in the women’s wing of the SLPP, adding that many who listened to her statement to the pupils have deemed it as reckless and frowned at her making such statements in front of kids. What is she trying to achieve? They asked.

They said it is shameful for Fatima to attack the personalities of respectable a Sierra Leonean, naming such a personality a rapist, adding that to have even questioned the academic credentials of President Koroma and Dr. Samura Kamara is another recklessness on the part of Bio. The APC went on to say it is a shame that the Grand Old Party has been stolen by a person like Fatima Bio.