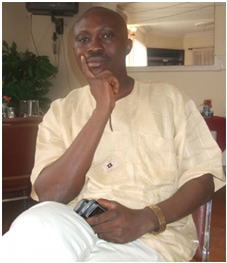 Mr. Saffa was speaking yesterday over Radio Democracy FM 98.1 during its daily Good Morning programme. He was one of two guests invited to discuss the recent controversial IMF Loan implementations and conditions which led to a delay of a second loan which should have been disbursed this year but was not.

Speaking on the side of the ruling APC government was Deputy Information Minister who doubles as his party’s Deputy Publicity Secretary, Cornelius Deveaux. He stoutly defended by saying that the APC has been forthright in all its dealings and that his government did more for the people of Sierra Leone than the main opposition SLPP has done or would ever do.

Mr. Saffa went on to say that the APC party throughout its rule signed international agreements and treaties with donors and other partners, only to come back home and not implement fully the agreement for the benefit of the people, but would go out of its way to devise strategies which steer clear away from the dictates of the agreement only to channel the fund to other areas not specified in the agreements.

It could be recalled that quite recently the IMF issued a release that it would delay the release of the next tranche of funds for development purposes until the first tranche implementations and conditions were fully met by the ruling government. Below is the release: