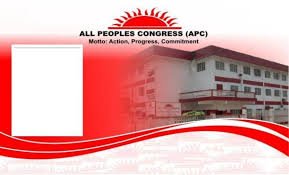 The recommendations arrived at are:

1. Immediately direct the Audit Service Sierra Leone to undertake special Audits of all MDAs to establish how public assets and funds have been utilized by the former APC Government, as provided for in Section 119 of the 1991 Constitution; the Audit Service Act 2014 and Section 16 of the Public Financial Management Act 2016.

2. Immediately institute a Judge-led Special Commission of Inquiry with a limited time-frame and mandate to recover all stolen or inappropriately converted state funds and other assets, including buildings, quarters, land and the hundreds of vehicles still unaccounted for (presumably stolen by officials of the APC Government). The Commission should recommend for prosecution former APC officials whose corrupt conduct is found to be particularly egregious. The Commission should also seek an explanation from former officials, under Section 26 of the Anti-Corruption act dealing with “unexplained wealth”, if it determines them to have accumulated such wealth during their time in public office.

3. Audit Service Sierra Leone to carry out technical audits of the agencies relating to telecommunications, energy, and revenue (NRA) as well as NASSIT, the Bank of Sierra Leone and the two state-owned Commercial Banks, which have been embroiled in loan scandals over the past years.

4. Review all middle-level and senior appointments made by the former APC Government in key agencies and departments to determine whether those appointments were merited and followed proper procedure, or were determined by ‘tribalism’ and patronage.

5. Review all contracts and financial transactions entered into by the former APC Government in the six months before elections were held in March 2018. This should include the contract for Mamamah Airport, several defence contracts, the sale of Government quarters and other properties, and the purchase of vehicles for Paramount Chiefs.

6. Freeze all payments to all local vendors above Le.400 million until special forensic audits of all the related contracts entered into by the former Government, and of money-generating and related agencies and commissions, including of their financial statements and technical capacity.

7. Set up an Ethics Office at State House that would serve as the internal control mechanism dealing with the Code of Conduct for Ministers, Deputy Ministers, heads of Agencies, Commissioners, Heads of State Parastatals and Board of Directors; ethical improprieties; public service discrimination based on ethnicity and gender; complaints of sexual and other forms of harassments, and, particularly, conflicts of interests involving senior level officials.

8. Authorize the Law Reform Commission to review the mandate of the 28 national commissions with a view to reducing the number of commissions and consolidating their mandates. The Commission should also draft a transition law that would help facilitate a smooth and orderly transfer of power from one elected Government to another by specifying the date of general and presidential elections and inauguration of President elect.

10. Pursue an active policy to recruit more women in government agencies and ministries. Women currently represent less than 10 percent of the workforce, in all Government ministries, agencies and commissions.