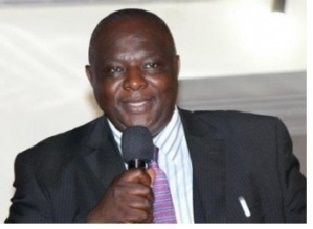 The Deputy Leader of the main opposition, All People’s Congress (APC) Party in Parliament, Hon. Ibrahim Ben Kargbo has said the party will ensure it goes international, starting with ECOWAS Court, if the Judiciary of Sierra Leone continues to delay or deny them justice regarding the nine APC Members of Parliament removed in May last year.

Hon. Ben Kargbo was speaking to AYV on the over six months delay of appeal cases concerning nine of their members removed from parliament through a High Court decision on 31st May 2019 which disqualified ten APC MPs, with nine of their seats going to their SLPP opponents in the 2018 elections while one seat was declared vacant pending a re-run.

The APC MPs were removed in May last year on account of electoral violence and them receiving salaries from the consolidated revenue less than a year to the 2018 elections according to the ruling handed down by Justices Komba Kamanda and Mohamed Stevens.

After the runners up for the contested seats were sworn in later that day, the APC filed an appeal on the matter which the Appeals Court is yet to decide on.

“This is a deliberate delay on the side of the judiciary. The cases are dear to us and we will pursue it to the very end until our members are reinstated” Hon. Ibrahim Ben Kargbo said.

He added that the APC believes in the rule of law and are waiting for judges to start looking into the matter.

“The delay of the cases is totally unacceptable. Our members should be returned to parliament. We will follow the process right through but if at the end we are unsatisfied with the outcome, nothing will stop us from going to the ECOWAS court and possibly the European courts if that is the only jurisdiction that can give us justice.”

He also emphasized that by allowing people to be elected and the decision be reversed by the  judiciary without  looking at the facts related to the matter, sets a bad precedence for cases of a similar nature.

Hon. Ibrahim Ben Kargbo ended by saying that they also petitioned forty eight (48) SLPP MPs but the court never looked into those cases even though their cases were filed around the same time the SLPP petitioned their own..

In their part, the Judiciary, through its Public Relations Office when contacted by the reporter refused to comment on the issue but hastened to say until the leadership of the Judiciary permit, he will make statement.

This medium stands ready to publish the side of the Judiciary should it decide to comment in our subsequent editions.