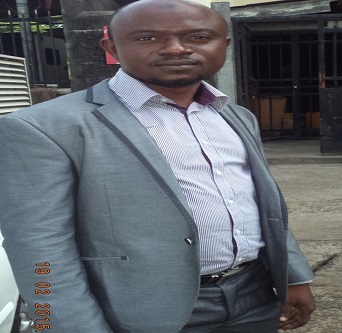 Addressing the landowners and other stakeholders in the Kindia Section, Sanda Loko Chiefdom, Bombali District, the Paramount Chief of Sanda Loko Chiefdom, Samura Fombo III, commended AMR Gold Management for what he described as a “laudable concept to rebrand the mining sector for sustainable development”.

He said the chiefdom is ready to work with AMR Gold because the company has introduced a concept that is not only managed and controlled by the landowners, but creates more jobs for the community.
The Coordinator of the cooperative, Lamin Sesay, explained that the Sanda Loko Cooperative Mining Society is going to be managed and controlled by its membership. He said it is registered with the Register General’s Office and the National Minerals Agency.

“Unemployment poses a big challenge to the Government”, Mr Sesay noted, “and one of the ways to help reduce the high unemployment rate is through the creation of artisanal mining cooperatives” he said.

He expressed hope that the Sanda Loko Mining Cooperative will assist more youths to access gainful employment in the Chiefdom. “Each cooperative group has the potential to gainfully employ over two hundred and fifty people with rights to shareholdings”, he concluded.

AMR Gold’s Country Director, Dr. Jan P.J.Ketelaar said that, whilst engaging with the local communities, he observed that artisanal mining, as practiced at present, is mostly in contravention of the Sierra Leone Mines and Minerals Act 2009. He said it brings very little benefit to the miners and a lot less to local communities and landowners. Dr. Ketelaar explained that artisanal mining creates environmental damage by sterilizing agricultural soil that is not being rehabilitated. He advised that if the process is not properly done, it can have negative effects on the water quality; which would create problems for villages downstream around mining areas.

Dr. Jan P.J.Ketelaar, said artisanal mining practices seem very inefficient and as such, do not effectively recover the bulk of the minerals and metals from the areas being mined. He shared his conviction that the practice causes a huge loss to local artisanal miners and landowners; loss of revenue to the State and importantly, a major degradation of the country’s mineral resources.

The AMR Gold’s Country Director said his company is committed to the concept of artisanal cooperative mining. He therefore requested that the Ministry of Mines and Mineral Resources, the NMA, the EPA and other stakeholders including Paramount Chiefs, landowners and local administrators be encouraged to work with AMR Gold to make this concept viable.He added that since this is a new concept in the Loko Hills area, AMR Gold is considering the possibility of providing, for an initial two-three month period, all equipment to the artisanal mining groups including shovels, pick axes, head pans and pumps; as well as an efficient 8-cubic meter per hour jig.

“AMR Gold will fund the cooperatives to enable them pay the salaries of their workers,” the AMR Gold Country Director said. Dr. Jan P.J.Ketelaar offered that AMR Gold will teach artisanal miners effective and efficient mining practices targeting recoveries of 90% of the mineral present; a major increase over the present estimated 65%.

AMR Gold’s Country Director, Dr. Jan P.J.Ketelaar informed that the revenues from the sale of the coltan will be distributed according to the agreements entered into between AMR Gold and the cooperatives and it is hoped that a portion of the funds will be used to support local community programmes.

He said that the Paramount Chief, who is the Chairman of the Cooperative Committee, will be the person who will determine the best use of available funds in his Chiefdom, adding that this approach will lend cooperatives a self-sufficient status and capacity to work in partnership with AMR Gold.

Dr Ketelaar affirmed that with this partnership, the local cooperative mining groups will sell their minerals at a competitive international buying price. He stressed that all gravels and other ores excavated by the artisanal miners will be carried to the jig and efficiently processed under the supervision of representatives of the cooperative, landowners, AMR Gold and the National Minerals Agency.

“All recovered coltan, gold and cassiterite will be weighed and recorded as required under law and the daily production secured” he said.

The signing of the Cooperative Agreement between AMR Gold and the Sanda Loko Cooperative Mining society was the climax of the occasion.

It is expected that Sella Limba Chiefdom will soon launch their own artisanal mining cooperative.