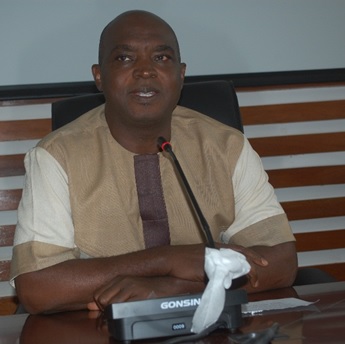 Sierra Leone is a signatory to the AU Charter that was created to promote peace, security, stability, human and people’s rights and amongst others in accordance with the African Union Charter.

In his statement Chairperson of the AU Commission Mr. Moussa Faki Mahamat paid tribute to the Ethiopian Prime Minister Dr. Abiy Ahmed and Sudan’s President Omar Al Bashir for their efforts to bring about the recently signed peace agreement between President Salva Kirr and Dr. Riek Machar in South Sudan.

Mr. Mahamat commended Ethiopia and Eritrea ongoing initiative to normalize their relation maintaining that member states should commit to the dialogue to resolve conflicts in places such as the Central African Republic, western Cameroon, Western Sahara and central Mali where he said people are “paying the price for violence.” He also called for democratic elections in these areas.

In reference to the AU theme for this year: “Winning the Fight against Corruption,” the Chairperson urged the African Union Commission to “lead by example” when it comes to upholding good governance practices. This call was linked to the ongoing efforts to bring about institutional reforms within the entire body of the African Union, which includes the Commission and its organs and institutions operating in several countries across the continent.

Mr. Mahamat reminded delegates that ensuring sustainable self-financing of the the Executive Council meeting which is the second statutory meeting of the 31st AU Summit, was a core aspect of the ongoing institutional reforms, noting that 33 member states have either implemented, or are working towards implementing the 0.2 percent levy on eligible goods.

Speaking on the issue of corruption, the Executive Secretary of the UN Economic Commission for Africa Dr. Vera Songwe noted that Africa loses 50 billion dollars a year to illicit financial flows and the African Development Bank estimates that corruption adds 25 percent to the cost of contracts and deals.

Dr. Songwe spoke about the impact of corruption on Africa’s women and children, calling for more access to finance and extension services, to women. She noted that corruption impacted women in relation to land rights thus negatively impacting the agricultural sector of which women are the key contributors. However, she also noted improvements being made in the fight against corruption; commending the African Union for its efforts to strengthen its governance systems. “The systems are more transparent, and the budgeting is more effective”, she said.

The opening session of the Executive Council was also addressed by its Chairperson, Mrs Louise Mushikiwabo, who is the Minister for Foreign Affairs of Rwanda; and the Mauritanian Foreign Minister Mr Ismail Ould Cheikh Ahmed. Ms Mushikiwabo emphasized the need for “every African to have the African passport without delay” in order to realize the Agenda 2063 goal of free movement of people. She picked up on the anti-corruption issue, indicating that the resources being lost to the practice could be better utilized for programmes that benefit the people. This sentiment was echoed by Mr. Cheikh Ahmed who said that corruption is an impediment to Africa’s development.