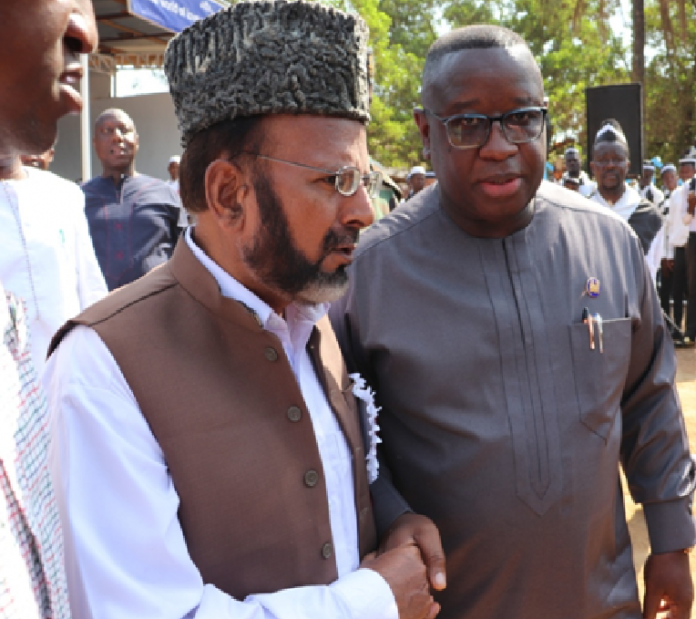 Speaking to this press, on the purpose of this conference, Amir Saeed-Ur-Rahman said the primary purpose of this convention is to enable every sincere individual to personally experience religious benefits and among its Secondary benefits is that, this congregational meeting will promote mutual introduction among all Brothers and Sisters and it will strengthen fraternal ties within that community.

The Amir reiterated that it is not an ordinary convention, therefore he added that, it is essential for all those who can afford to undertake the journey to Bo as the convention embodies many blessed objectives. He urged all to disregard minor inconveniences in the cause of Allah and his prophet Mohammad whom the peace and Blessings of Allah be upon,he said Allah yields reward to the sincere persons at every step of their way, and no labour and hardship undertaken in his way, ever goes to waste. He emphasized that you must not rank this convention in the same way as other ordinary human assemblies, because this is a phenomenon that is based purely on the help for the propagation of Islam.

He concluded with prayer that everyone who travels for this conference for the sake of Allah, may Allah the exalted be with him or her and have mercy on him or her, ease up his or her circumstances of hardship, reward him or her in abundant measure and eliminate his or her anguish and grief.

According to the Amir, all preparations for the Jalsa are completed and more than 100 paramount chiefs are expected to attend this Islamic gathering. Also all important Religious bodies are invited for this program including Christian missions. He concluded that His Excellency the president Retired Brigadier Julius Maada Bio has graciously reconfirmed that he will attend and officially open the conference.