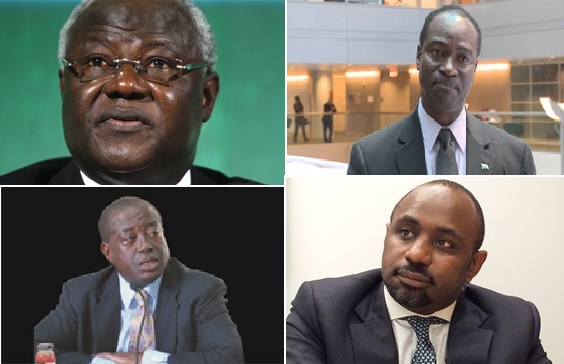 The GTT report states that before it ceased operations because of rebel attacks in 1995, Sierra Rutile Ltd. produced 25% of the world’s rutile. The company estimates its rutile reserves to be over 600 million tonnes, the world’s largest deposit.

It adds that production has been steady since the company reopened after the war with financial support of Euro 25 million to the government by the European Union after an appeal by the late President Ahmad Tejan Kabbah. As a result of the European Union Euro 25 million investment, the Government of Sierra Leone acquired 30% of the company’s shares by an agreement ratified by Parliament and signed by President Kabbah in 2005.

However, according to the GTT 2018 Report, on 30th April 2012, the APC Government signed two agreements with the management of Sierra Rutile Ltd. seeking to amend the Sale and Purchase Agreement of Government Shares in the company. It proposed to make a deal with the company worth some US$17.5 million, of which the sale of its shares would fetch US$12,272,636 and Sierra Rutile Ltd was to pay advance tax for 2012-2014 to the tune of US $5,299, 368.In fact, several experts, who wondered why the Government wanted to sell its shares in such a lucrative and strategic venture, estimated that, if competitively auctioned, the 30% shares would sell for at least US$45 million.

The report states that it turned out that John Sisay – who is President Koroma’s nephew – bought the 30% shares using his company, SRL Company, which is incorporated in Sierra Leone, another incorporated in the Virgin Islands, presumably on his and the former President’s behalf.

Disposal of all Government assets must be done through public auction but this requirement was blatantly ignored, the report adds, and stated further that the APC presidential candidate, Samura Kamara, oversaw the sale at the time in his capacity as Minister of Finance, alongside the former Attorney General and Minister of Justice, Frank Kargbo, provided “bogus” legal justification for it.

The report went on to state that on 12th December 2016, John Sisay and his company, with the concurrence of former President Koroma, sold the 30% Government shares they had bought for US $113 million, part of the sale of Sierra Rutile to another venture, Iluka Resouces for US $375 million.

John Sisay, former President Koroma and other made a profit of US $113 million from the sale of the 30% Government share which they had bought for a paltry US $12 million. This is the sort of organized rampant corruption and theft that has brought the country to near-bankruptcy, and has the potential to erode the legitimacy of the state to its citizens. The GTT strongly recommends that former President Koroma, John Sisay, Samura Kamara and Frank Kargbo be investigated in relation to the fraudulent Sierra Rutile deal. See subsequent editions for more updates on the Report.