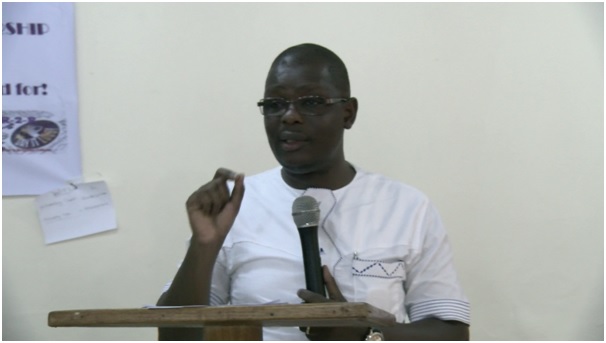 The Launch of the report witnessed in attendance representatives of different institutions and organisations such as the National Electoral Commission, Open Society Initiative for West Africa, the Sierra Leone Police, Campaign for good Governance and members of the Reel 2Real entertainment.

Joe Pemagbi of the OSIWA lead in Sierra Leone said it has been a routine for OSIWA to support countries through organisations and also through entertainment wherever there are elections.

Speaking also at the Launch of the Project, Valnora Edwin, Executive Director, Campaign for Good Governance, commended the initiative, stressing that the role that is always being played by Music during elections cannot be over emphasised.

She urged Sierra Leoneans to make good use of the opportunity by ensuring a peaceful election with better sensitization.

Albert Massaquoi of the National Electoral Commission pledged the Commission’s commitment to conducting a free and fair elections in March 2018.

He furthered that they have been using Music and Musicians in the country during previous elections through the Artist for Peace Union, which they believe is non-partisan, and they will continue in that direction.

After the Launch, it was disclosed by Actionaid that Audio and Video versions of the songs produced will be broadcast on Television and Radios across the country, and officials of the National Electoral Commission will be brought together with members of the public so as to provide answers to questions around elections.

He said the process will also involve district level concerts in 10 districts country-wide.