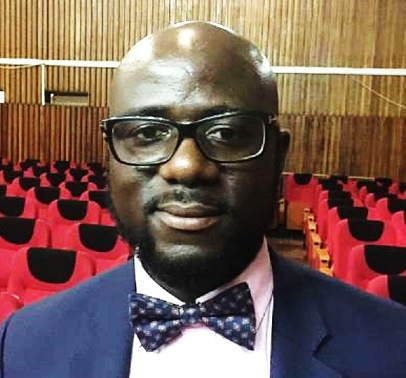 It all started in January 2017, when a young and innovative Sierra Leonean investor, Justin B Kamara returned home from the People’s Republic of China to invest in his country’s mineral resources, by creating job opportunities for the workforce of the nation, he was allegedly duped by a certain Mohamed Titor Bah, who purported to be the manager of a mining company called Sambaleku.

Mohamed Titor Bah who now stands accused by the police of allegedly receiving over one hundred thousand united state dollars from complainant, Justin B Kamara being paid for ten kilograms of gold dust, coupled with an agreement between the complainant and the accused person in respect of the transaction.

The accused is facing five count charges of committing various criminal offences and he was later arrested by the police at a secluded area within the Freetown judicial district, after he had received the money and failed to account for the ten kilograms of gold dust, before the accused disappeared into thin air.

He was later charged to court for committing the alleged offences and was later admitted on a  very stiff bail by Magistrate Dr. Abubakar Binneh Kamara of the court N0.1 in Freetown, now High Court Judge of the High Court of Sierra Leone.

The conditions stated the accused Mohamed Titor Bah bail bond disclosed that he should produced two sureties residing within the Freetown judicial district in the western area of the republic of Sierra Leone,  including a physical cash of two hundred thousand united states dollars.

Also, each Sureties should produced their title deeds worth five hundred million leones within the Freetown judicial district, and they must surrender their passports, including their bank statements each equivalent to three hundred million leones, and the bail was to be approved by the Master and Registrar of the court.

Investigations by the African Young Voices revealed that the accused was said to have fulfilled the above stated bail conditions, but that it was later discovered that no proper verification was done to ascertain the integrity and credulity of the sureties, their title deeds and bank statements,  by the relevant staff at the law court building, before  accused Mohamed Titor Bah was   granted bail by the Deputy Master and Registrar.

In an interview with the Master and Registrar, Steven Yayah Mansaray, he confirmed the discrepancies and the fictitious status of the sureties, but assured this medium that investigation was ongoing, and that he did not approved the accused person’s bail bong.

When the matter was mentioned before the new Magistrate of court N0.1 in Freetown, Magistrate Albert Moody, Tuesday 18 July 2017, the sureties were nowhere to be seen, and the non appearance of the sureties left the complainant, Justin B. Kamara frustrated and confused.

Speaking to AYV just after the matter was adjourned the complainant stated that he was sent by business counterparts in China, to establish offices in Freetown and various part of the country for investment in mining and other sectors.

He said , when he realized that the accused was not being truthful and was playing games, he immediately informed senior cadres of the Sierra Leone Police force about the incident, but that nothing positive was done to ensure that the accused person refund his money.

As a result of this, he went on to state that his son had been kidnapped by unknown people in China, and his wife was frustrated, coupled with frequent calls from his business counterparts based in the People’s Republic of China.