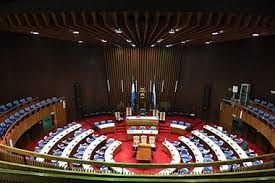 The 2016 budget made no salary increment but increases allowances for Mayors, Chairpersons and Councilors.

During his presentation, the Minister of Finance and Economic Development, Dr Keifala Marah stated that the allocation for wages and salaries is increased from le 1.60 trillion in 2015 or 7.2 percent of GDP to le 1.65 trillion or 6.7 percent GDP. The nominal increase, he said will cater for the judiciary and payment of salary arrears to mines monitors. He further said salaries for core staff, salary grants for mayors and chairperson and sitting fees and transportation allowances of councilors have been revised upwards. The monthly salary grants of Mayors and Chairperson, he informed, have been increased from Le 500,000 to Le 2,100,00, and for the Deputies, from Le 400,000 to Le 2,000,000.monthly sitting fees and transportation allowances for Councilors have been also increased from Le350,000 to Le 830,000.