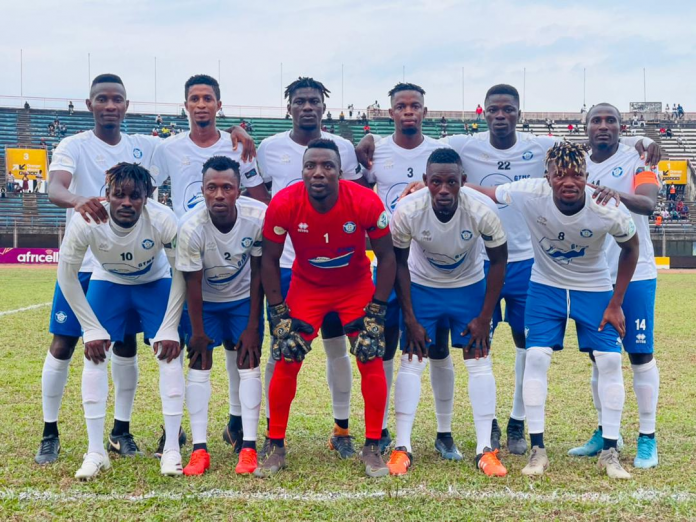 On Wednesday the 9th of June, 2020 at the Siaka Stevens Stadium about 37,000 football lovers across the country witnessed this fascinating, full of skills and techniques between two SLPL Giants Fc Kallon versus Bo Rangers.

A systemic play on the right wing, poor communication between the goalkeeper and a central defender that led to SallieuTarawaliecapaysallu 18th minutes goal an early lead that looks to be a perfect start for the cavaliers.

The visitors had come close to get one back, but were largely frustrated by the home team.

Coach Konneh’s men started the second half strongly and were rewarded by many of free kicks by the center referee SaiduFofanah latched on to a superb crossfield ball from Mahmud Fofanah but neatly save by the goalkeeper of Bo Rangers within 67th minutes on the clock Bo had brief spell of possession but, coach AmiduKarim’s defense and goal keeper Isaac Coker stood tall to ensure the carvilians unbeaten record remain Intact.

A man who is described as a master midfielder called Mahmud FofanahLampard was awarded the man of the match.

The 2—0 victory for the cavalliance over counterpart took them to 3rd position with 15 points, they will be in high sprit to play away with E.E Lions on Sunday,13th,June, 2021 at Siaka Stevens stadium

In other hands Bo Rangers still topping the SLPL on 18 points and will be looking to bounce back when they play their next fixture.

The Premier League Board (PLB) condemns, in the strongest of terms, the ugly incident that marred yesterday’s match between FC Kallon and Bo Rangers at the National Stadium, thus ending the game abruptly.

Notwithstanding the fact that the PLB is yet to receive the official reports from the designated Match Officials, we, however, promise a swift, firm and fair decision on the matter.

We reaffirm our unwavering commitment to ensuring the 2020/2021 premier league season is free from fear or violence. Consequently, we will not allow any antisocial behaviour from hoodlums disguised as officials and or fans/supporters of clubs under whatever circumstances aimed at bringing the game into disrepute.

We will communicate our decision as soon as we are privy to the said reports.