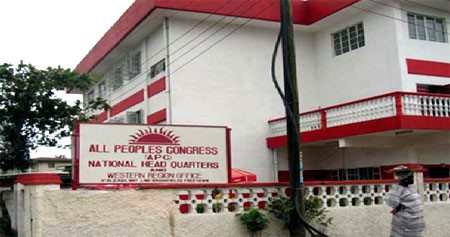 This is in pursuance of its Statutory mandate and His Lordship’s Judgement and Ruling to monitor and observe the said elections throughout the country.

According to the PPRC, the APC conducted its Ward Executive Elections throughout the country, on Thursday 29th December 2022 and Tuesday 3rd January 2023, in partial compliance with the Judgement and Ruling of His Lordship, Justice Adrian Fisher, dated 28th April 2022 and 23th November 2022 respectively.

The Commission went on that subsequent to those elections, the Commission received a total of 39 Petitions, from various Wards across the country.

At the hearings, each Petitioner’s Petition was read to all present at the hearing and the Petitioner given opportunity to make any additions, clarifications and/or alterations.

Both from the presentations at the hearings and the contents of the Petitions themselves, there are striking commonalities in the grounds of petition.

The Commission said all Petitioners complained that, thousands of their supporters were either discriminated against or were not given enough opportunity to register, by the five-man registration Subcommittee of the ITGC.

That the few members registered are suspected to be Supporters of a certain divide in the Party. The Chairman of the Subcommittee on registration explained that, they initially allotted 100 membership cards to a Ward, due to unavailability of funds.

That the funds provided by the Party, were only able to print that much. However, he furthered that, when additional funds were later made available to them, they printed more cards and distributed them evenly across the country.

The PPRC said almost all the Petitioners denied knowledge of the second set of membership cards allegedly allocated to their wards.

Most Petitioners the Commission said complained that, known aspiring Candidates for executive positions in the Constituency, District and Regional Organs of the Party, were actively involved in both the registration excise and the conduct of the elections.

The Commission went on that throughout the country, polling did not start, till late in the afternoon and that the Petitioners contended that by the time polling started, most registered members had gone back to their villages.

It said the TIIEMC conceded to the late start of polling and attributed that to the very late submission of the voter Register to them by the ITGC and that the Commission can also attest to this ground of Petition, as we were also on the field and noted the late commencement of polling.

Having regard to its findings, the Commission has issued directives that the TIIEMC conducts a rerun of elections in some Wards in Kailahun, Kono, Kenema, Bombali, Falaba, Tonkolili, Kambia, Port Loko and Western Urban, in respect of which Petitions are upheld.

The Commission also directed that the five-man registration subcommittee to conduct registration exercise on 13th January 2023, in each of the Constituencies, in which there are Wards to be rerun. In addition, all holders of valid Bankslips and ITGC Receipts, that are issued before 28th December 2022 and who present themselves before the designated Registrars, are to be registered.

The Commission reemphasised that there should be no proxy registration of holders of those documents, who do not present themselves before the Registrars.

The ITGC is to also issue out Party cards to holders of Bank payment slips and ITGC Receipts, already inputted into their database and update the voter Register in all the wards that are to be rerun and make it available to the TIIEMC, in time for the rerun elections.

The PPRC also directed that the ITGC processes all Applications of Candidates in those wards, who have paid their Candidature fees into the Party’s Bank Account and make available, the certified list of candidates to the TIIEMC in time for the rerun elections.

Also, the rerun elections to be conducted on 15th January 2022, in all the above Wards. 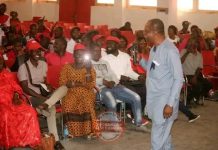 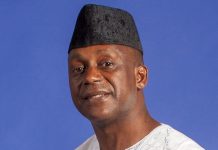 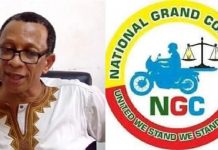