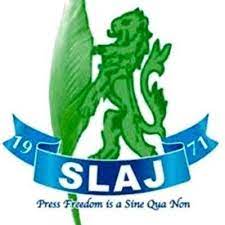 President Monk was addressing President Bio and team of distinguished personalities including police and media personalities at the Presidential Cocktail Dinner held at the Country Lodge Hotel in Freetown on Wednesday 15th December, 2021.

President Monk said: “Sir, regrettably, the latest physical attack and detention of an AYV Staff by the SLP will cloud all of these gains. And this is the huge challenge we will continue to face, especially in the digital space. These are the imperfections of life; when you plan for good, others plan for bad. We hope that in the New Year things will improve”.

In another correspondence, SLAJ condemned the attack and urged the leadership of the SLP to take appropriate action against the alleged perpetrators.

“It’s unfortunate that such an attack on a journalist in the line of duty comes after SLAJ and the national security sector, including the SLP, had signed an undertaking to respect each other’s role in our democracy. Granted, this culture of assault on journalists doing their work will not change overnight even with the signing of an MoU but we urge the SLP to be professional at all times, and this includes ensuring the safety and security of journalists in the line of duty.” SLAJ President Ahmed Sahid Nasralla stated.

He said in the spirit of the MoU with the security sector, SLAJ will engage the leadership of the SLP to ensure appropriate steps are taken to address the situation.

Also, the management of AYV has raised concern over the attack on its staff. The staff — a camera operator — had filmed an accident involving an SLP motorcycle in pursuit of a commercial bike (Okada) at Fort Street – Freetown, in which a child was injured.

Upon arrival at the Central Police Station to get the other side of the story from the police, the AYV staff was physically assaulted by police officers at the station and detained in a police cell.

AYV is disappointed and condemned any attack of its own and any journalist or media practitioner.

Under no circumstance in a democratic dispensation must a body; whether individual, corporate, or state, shrug off the rule of law and employ violence to seek redress to a problem.

This behaviour by members of the SLP was an attack on the rights and freedoms guaranteed under the 1991 Constitution of Sierra Leone.

AYV’s General Manager, Josephine Tucker said: “We call on the leadership of the Sierra Leone Police to bring the officers involved to book to demonstrate the force’s abhorrence and condemnation of such barbarous act”. 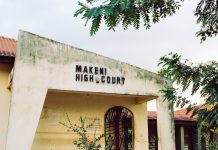 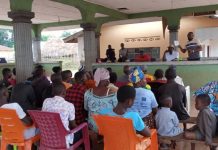 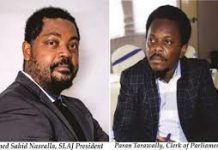