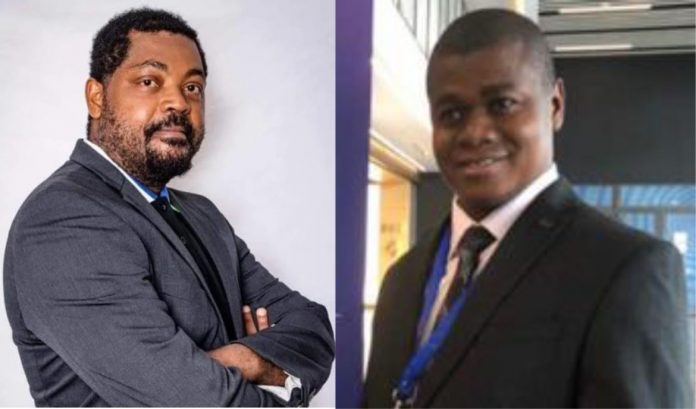 The Sierra Leone Association of Journalists (SLAJ) has condemns attack on Citizen Radio FM 107.5 in Kono by the Leader of the Coalition for Change (C4C) party in Parliament, Hon. Saa Emerson Lamina.

SLAJ’s National Secretary General, Alhaji Manika Kamara said the Association has received a complaint from the Management of Citizen Radio 107.5 FM in Kono district of an alleged attack and disruption of a live paid-for program by Hon. Saa Emerson Lamina.

The ugly incidence he said happened on Saturday, 3rd September 2022 at around 9:30pm. He said the Management said the program was paid for by the C4C National and District Executives, and during the program one of the panelists by the name of Sahr Nyama mentioned the name of Hon. Lamina while explaining developments in their party about the recent court withdrawal that has brought unity among them.

To ensure fairness and balance, Manika explained, the moderator of the program, Ibrahim Tamba Fanday, alleged that he contacted Hon. Lamina to respond.

Even though it was a C4C paid-for program, Fanday said he allowed Hon. Lamina to respond for over 20 minutes via mobile phone.

Beyond that, he explained that the line went off and so they continued with the discussion program. “Moments later, Hon. Lamina and his team of young men stormed the radio station and stopped the program.

Hon. Lamina demanded that he should be given more time to respond inside the studio. There was chaos and the police and the military had to be called in to rescue the panelists, radio staff and moderator.

“I am scared of our fate as we approach the public elections in June 2023,” explained Fanday, the Station Manager.

SLAJ condemned the alleged attack and called on the local authorities to protect journalists and their media houses in Kono district from intimidation, threats and attacks by politicians and members of the public who feel aggrieved about their work.

SLAJ President, Ahmed Sahid Nasralla, said: “This incident is very unfortunate, especially involving an honorable member of parliament who understands the role of the media in a democracy. I believe the young and promising MP will be bold enough to condemn his own actions and apologise to the media house and its management. Furthermore, I call on Hon. Lamina to join hands with the other 8 MPs from Kono to assure the journalists in the district of their safety and security at all times.”

AYV reached out to Hon. Saa Emerson Lamina in a telephone interview for his side of the story which was not captured in the SLAJ press release.

He debunked the allegations allegedly made by the radio station manager. According to him, the Station hosted a show on voter registration, which later was converted to attacks on his person as MP in the district.

He said the moderator called him on phone and was allocated less than 5 minutes to respond to some allegations earlier made by the panelists.

The honorable went on to say since the call ended abruptly without him completing his submissions to the allegations and the panelists were still attacking him, he drove to the Station to pay for airtime so as to complete his submission.

He said while negotiating for the Station’s management to accept his payment, he spotted an alleged murder that has a warrant of arrest from the CID but has been on the run.

So upon spotting him outside the studio, but in the compound hosting the Radio Station, he alerted the security forces to arrest him.

During this process, Hon. Lamina said the Station’s management attempted to prevent the arrest of the alleged murder and that led to some commotion, outside and not inside of the studio as alleged by SLAJ and the Radio station manager.