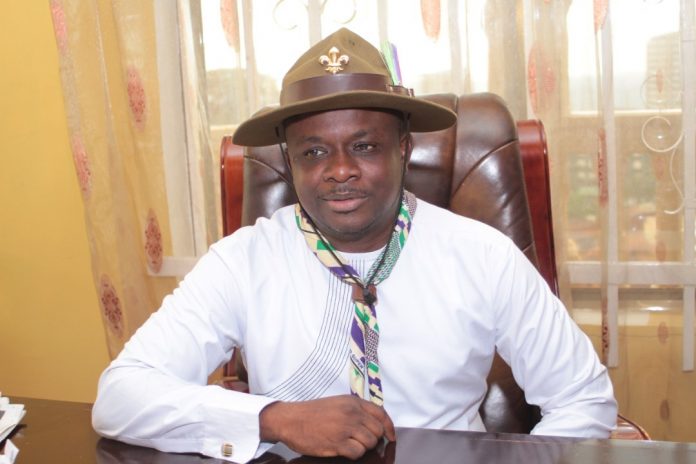 The event which was held at AYV’s Wesley Street campus saw Ambassador Navo Jr. and two other senior Sierra Leoneans, Ibrahim Koroma and Abdul Karim Kanu also being decorated by the Association.

Giving a brief history of the Sierra Leone Scouts’ Association, President Sheikh Fomba A. Swaray said the Association was founded in 1909 at the CMS Grammar School by the then Principal Rt. Rev. Garret Garrick with the aim of contributing to the development and education of young people ranging from becoming self-reliant, practicing good citizenry to acquiring better leadership skills.

The Association, he went on, is a member of the World Organisation of the Scout Movement (WOSM) and currently has membership of over 20,000; adding that it is one of the largest youth-based organisations in the nation, that has produced barrage of hardworking and successful people the world.

“Scout organisation is a unique and utilitarian body focused on training and transforming young individuals to become useful in society”. Swaray stated.

He said as the Association celebrates its 112 years of its existence in Sierra Leone, they are on the drive of officially decorating senior statesmen and women including President Julius Maada Bio and some Cabinet ministers in his government.

He appealed to the three gentlemen to kindly support the Association reaching its goals and objectives through their good offices and capacities as senior statesmen.

Speaking to this reporter after receiving the honor, President Anthony Navo Jr. expressed thanks and appreciation for being honored by the Association. He assured that he will always open his doors to the Association’s progress. See back page for more pictorial news on the event.