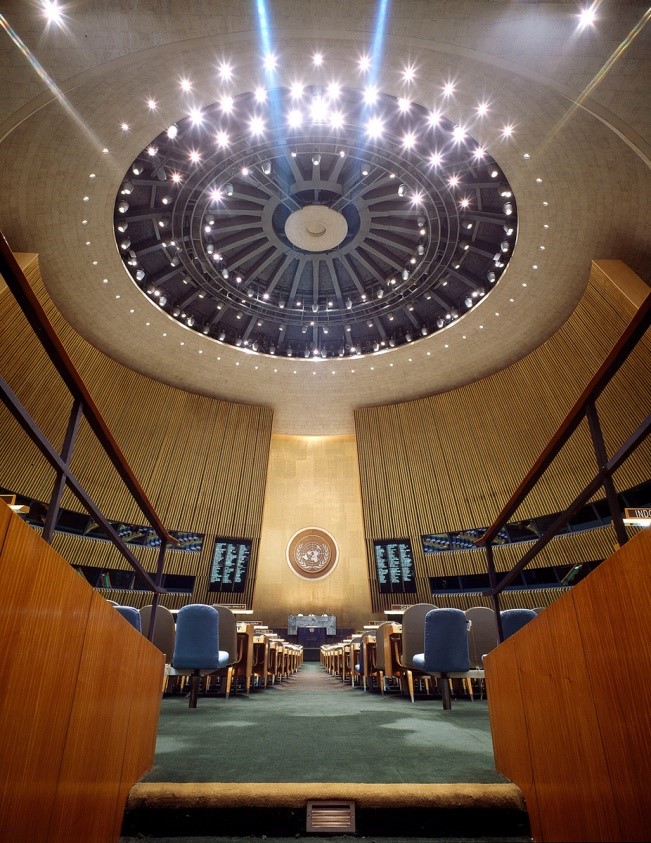 His Excellency President Dr Julius Maada Bio and delegation have landed in New York, United States, where he will co-chair the 2022 Transforming Education Summit (TES) and is expected to address the 77th UN General Assembly on Wednesday 21st September 2022 as a Global Champion for Foundational Learning.

The President co-chairs the Leaders Group of the High-Level Steering Committee for Sustainable Development Goal 4 with Audrey Azoulay, the Director General of the United Nations Educational, Scientific and Cultural Organisation, UNESCO.

He is also slated to give an opening statement on Leaders Day, with selected heads of State including Alberto Fernández of Argentina, Sahle-Work Zewde of Ethiopia and António Guterres, the UN Secretary-General.

It could be recalled that in the last four years, Sierra Leone’s global leadership in education has been remarkable with President Bio and UNESCO now co-chairing the Leaders Group of the High-Level Steering Committee for Sustainable Development Goal 4.

The country’s Minister of Basic and Secondary School Education, Dr David Moinina Sengeh, is chair of the advisory board for the Global Education Monitoring Report to UNESCO and also now co-chairing the Advisory Board for the Transforming Education Summit with the Deputy Secretary General, Amina J. Mohammed, who described him as a model modern minister of education.

Sierra Leone serves on the executive committee of the Global Partnership for Education, a US$ 4.5 billion fund for education, and has also hosted United Nations Gender Equality Initiative to launch the Freetown Manifesto on gender equality through education, a programme implemented by UNGEI and UNESCO IIEP and supported by UNICEF, GPE, UNESCO and the governments of Italy, France, United Kingdom, Germany and the European Union.

The President and his delegation are expected back in Freetown on Thursday 22nd September 2022.

The UNGA is the main policy-making organ of the Organisation. Comprising all Member States, it provides a unique forum for multilateral discussion of the full spectrum of international issues covered by the Charter of the United Nations.

Each of the 193 Member States of the United Nations has an equal vote.

The Assembly meets in regular sessions from September to December each year, and thereafter as required.

It discusses specific issues through dedicated agenda items or sub-items, which lead to the adoption of resolutions.

Sitting arrangements in the General Assembly Hall change for each session. During the 77th Session (2022-2023), Belize will occupy the first seat in the Hall, including in the Main Committees (followed by all the other countries, in English alphabetical order).

In the wake of the COVID-19 pandemic, the UN General Assembly has been carrying out its work since 2020 via novel means to guarantee business continuity and mitigate the spread of the disease. Specific examples include the use of virtual platforms to conduct meetings and the adoption of e-voting through procedure for decision-making when an in-person meeting is not possible.

The pandemic is not the only issue the world faces. Racism, intolerance, inequality, climate change, poverty, hunger, armed conflict, and other ills remain global challenges. These challenges call for global action, and the General Assembly is a critical opportunity for all to come together and chart a course for the future.