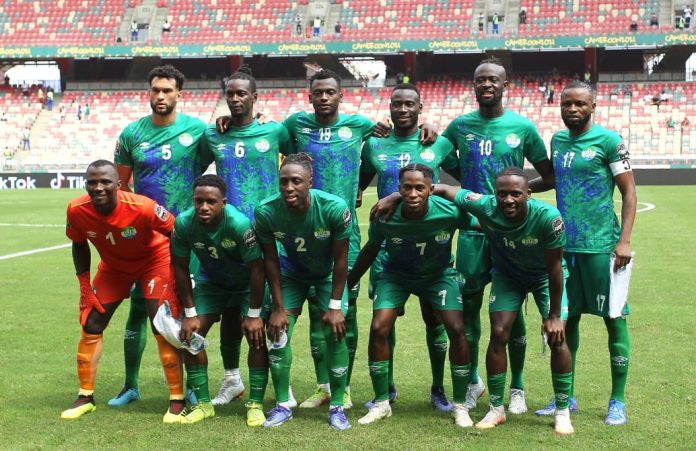 Determined, eager, and ready to give their all for their nation, the Leone Stars players have said they are prepared to put their hearts on the field and their bodies on the line for their country when they play their final Group E match against Equatorial Guinea at the Molyko Omnisport Stadium in Beau, Southwestern Region of Cameroon today, Thursday 20th February 2022.

After missing out for over 20 years, the Sierra Leone male national football team has put up a brave and unexpected performance at Cameroon’s deferred 33rd edition of the African Cup of Nations 2021. They held defending champions to a 0-0 draw, and they secured a 2-2 comeback against Group E leaders, the Elephants of Ivory Coast.

Since I arrived here in Douala, I have had few opportunities to speak to some technical staff and the players. Everyone I have interacted with has one goal- a determination to show what they have, win, and qualify for the next round. I have read reports and interviews done by my colleagues, and it’s the same storyline from the squad: no fear, no panic, no complacency—a determination to make history and qualify to the next round of 16 for the first time.

The brilliant performance that this squad has displayed demonstrates that they are not here for fun and are not ready to return home soon.

Even though Coach John Keister said in a post-match interview that he doesn’t want to be arrogant about the team’s performance and how far they will go, it is now safe to say this squad has been ‘positively’ arrogant on the pitch against highly rated Algeria and Ivory Coast. They’ve proven football pundits wrong and redefined the meaning of underdogs after showing that they are competitors in this tournament.

From the final qualifying match in Conakry that took us to the African Cup of Nations 2021 to our recent two games, the support and celebrations at home and among our compatriots in the Diaspora haven’t stopped. For once, I pictured myself at my regular joint along the Beach in Freetown jumping and dancing for Leone Stars, just as many people have been doing in support of our team. Indeed, football is one big religion, and it’s the only sport that has and continues to bring this nation together.

Leaders and supporters from the political divide have all donned their Green, White and Blue jerseys to support our darling Leone Stars with one message – victory. President Julius Maada Bio was emotionally shown on a live Facebook post cheering the ‘Lions’ as he calls them and challenging them to do more. Mayor Yvonne Aki- Sawyerr, Dr. Samura Kamara, Honorable Kandeh Yumkella, AYV CEO, Ambassador Navo, our SLAJ President Ahmed Sahid Nasralla have all been seen celebrating this squad.

Here in Douala, Members of Parliament from the political divide, government officials, and supporters all dressed in their Green, White, and Blue speak just one language, Sierra Leone, and victory for Leone Stars. The videos of the young and old dancing and singing together have been on many media networks here in Cameroon and across the world. People who hardly agree on anything have Leone Stars to agree for once and get together. I pray that Leone Stars qualify to every other tournament to continue this sense of nationalism and celebration.

This is my first time to watch my country play football out of the country from the stands. The feeling is very special. It is beyond explanation, from entering the Stadium, singing the national anthem, and scoring a goal. Watching players I know by their name and the opportunity to interact with them makes one feel very lucky. Thank you, Africell, for supporting my trip.

We might not have the number like other countries, but our delegation here has created the noise and support needed at every match. From the Dance Troupe, the Supporters Association, the Leader of Government Business, Honorable Matthew Nyuma, Chairman of the Parliamentary Sports Committee, Honorable Alusine Conteh to my friends Chernor Bah, Ibrahim Tommy, and Chernor Jalloh of the ‘bato technical committee’ to Umaru Fofana (who has danced than everyone) to Sierra Leone’s Deputy Permanent Representative to the United Nations in New York, Ambassador Dr. Imran Kanu (who has the loudest Vuvuzela) and that unknown Sierra Leonean businessman based in Cameroon who has been rallying support to the Stadium, everyone has been giving their all. There’s no class; we are all here with one mission to support Leone Stars to victory. The Sierra Leone delegation here has been very supportive, from helping to where to get the best food at a cheaper price, where to shop, where to club, and even where to bargain well at night. We have been a family.

Being in the News for all the good reasons

After the war, Ebola and Mudslide, Sierra Leone is hardly positively reported by global media networks. Our appearance at the 2021 African Cup of Nations has seen us in all major credible media outlets for the very good reasons. The reports on the BBC, CNN, Guardian, The Sun, and many others have shown how we should not only be attributed to war, poverty, Ebola, and mudslide but a nation that is doing well at the biggest football tournament in the African Continent.

On the players and their performance, I still have a video where the Leone Stars Team Manager, Babadi Kamara, challenged them that with determination and discipline, they can be the next stars from Africa like the Senegalese and Chelsea goalkeeper, Edouard Mendy, the Egyptian and Liverpool striker, Mohamed Salah, and many others. When I watch the performance of our goalkeeper, Mohamed Kamara, the Didier Drogba-like strike from Musa Noah Kamara, and the other players playing with determination, my mind goes back to that short but very important motivational statement Babadi gave to them at the National Stadium in Freetown. I am very impressed and quite sure that some of our players will hand themselves lucrative deals to play in Europe after this tournament.

Today, we will play our final Group E match against Equatorial Guinea at the Molyko Omnisport Stadium in Beau. They have 3 points after defeating Algeria. The analysis is that we need a win to qualify comfortably from our group and not to depend too much on the outcome of the other matches for the best loser spot.

I am with that strong optimism and feeling that we will win this match today and qualify to the next round of 16. My optimism is based on the level of determination around the players. This is perhaps the only happiness they can give to a nation that has suffered too much. They know what’s on their shoulders, the hopes, expectations, and prayers from their compatriots and in their words, they are ready to put “their hearts on the field and their bodies on the line for Sierra Leone.”

With this level of determination to sacrifice for their nation, I am already discussing with my Boss, Ambassador Navo, to engage our sponsors, Africell and Sierra Leone Commercial Bank, to start planning our continued stay in Cameroon until the Finals of the African Cup of Nations on 6th February. 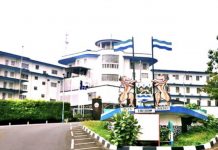