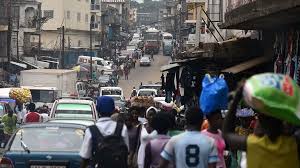 Transportation struggle within Freetown has become a daily struggle, especially for people in living in the east end of the capital.

Residents in communities in the east end of Freetown have expressed dismay over what they described as the bad attitude of drivers to stop them half way instead of reaching their destinations, even though the complete transportation fee is collected from them as passengers.

Residents say they have no option but to use these vehicles and ended up spending more money daily on transportation than budgeted.

During rush hours, especially in the morning and late evenings, residents spend hours in long queues waiting to get vehicles to and from work.

Lemuella Tarawllie, a passenger alleged that although there are designated bus stops for public vehicles, drivers do not adhere to them.

She said there are also limited vehicles plying that part of the country to fix the existing growing population in the east.

Speaking to this medium, Sierra Leone Driver’s Union President, Alpha Bah said the provision of more vehicles will help address the problem of passengers stranding and suffering for transportation.

He said: “There are so many factors responsible for transportation problem in the city. We want the populace to stand for their rights and ensure that drivers take them to their destination instead of dropping them halfway.” President Bah stated.

Bashiru Jalloh, a student residing in Waterloo and attending school in central Freetown explained his struggles with transportation. He said his academic performance is affected by the challenges of transportation, adding that he is mostly late for lectures and sometimes driven out of class by teachers when he is late.

He went on that after school he will wait for hours in long queues to return home and will not have much time to read and rest for school the next day.