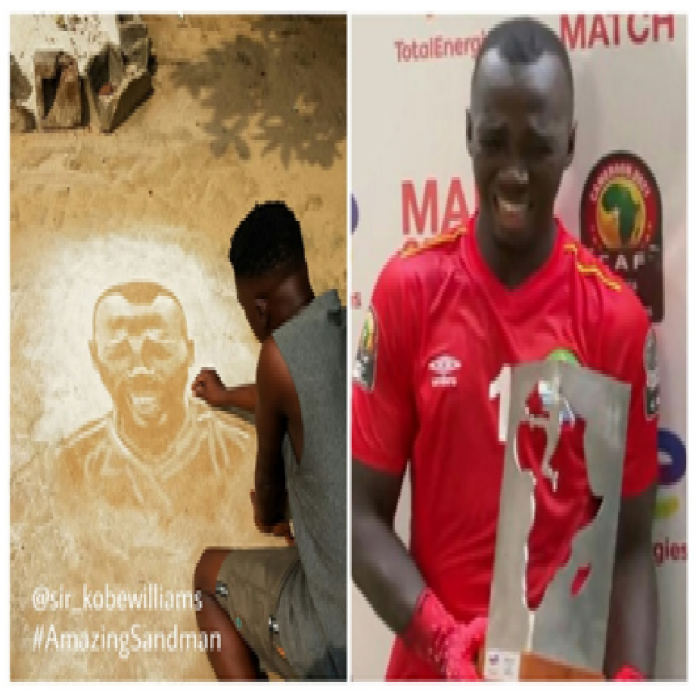 A Cameroonian Sand Artist identified as Sir Kobe Williams has caused a bit of reactions online after creatively making a Sand Portrait of Mohamed Kamara, the Sierra Leonean goalkeeper who was awarded Man of the Match after saving eight goals against Algeria past Tuesday.

Kamara, the Sierra Leone goalkeeper has since been celebrated by sport lovers and people from across the world for his incredible performance attracting hundreds of bloggers online.

A lot of people have been making positive remarks about the player on different social media platforms.

A lot of prominent individuals from across the world have taken time to celebrate Kamara.

The Cameroonian Artist made a Sand Portrait of Kamara and posting it on his twitter handle which attracted positive remarks and appreciation from fans and followers on the social media platform.