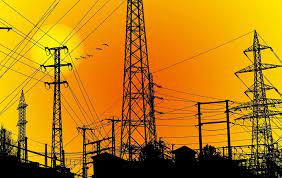 The southeastern regional headquarter cities of Bo and Kenema can now breathe a heavy sigh of electricity relief.

Thanks to the manifesto promises of President Julius Maada Bio and the commitment to fulfilling those promises by Energy Minister, Alhaji Kanja Sesay.

The state of electricity supply in the two cities was nothing short of erratic and problematic. The New Direction administration inherited a challenging electricity situation, with long-term outages occasioned by poor or weak transmission and distribution network, the lack of adequate generation capacity and the insouciance on the part of the previous government to address the needs of the people of the two cities for some primordial political reasons.

With the appointment of Alhaji Kanja Sesay as Minister of Energy in 2018, the two cities became hopeful that their electricity woes would become a thing of the past. And Alhaji Kanja Sesay with support from President Bio set out to turn the corner. The task was tough but doable.

The Bo-Kenema Network Expansion and Rehabilitation Project was launched. This was to ensure that the obsolete transmission and distribution infrastructure was overhauled and new or un-served communities connected to the grid.

In addition, a huge quantity of pre-paid meters was made available to consumers in the two cities.

While this overhauling of the network infrastructure was afoot, the regional CLSG power project was aggressively pursued by the Ministry of Energy because it was the considered views of the government that that project would tremendously help solve the constant electricity crisis in the two cities.

On 23rd December, 2021, light was finally seen at the end of the dark tunnel. President Bio was in the two cities to officially switch on the CLSG light which would provide constant, reliable and quality electricity supply for Bo and Kenema.

Weeks after that launch, it now appears crystal clear that the two cities are enjoying constant electricity. Even though there are occasional minor technical hitches, Bo and Kenema can now breathe a sigh of electricity relief.