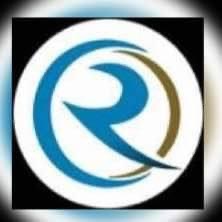 As preparations are underway for the 2022 Reputable Banks and Fintech Awards slated for June this year, Reputation Poll International has featured the Managing Director of RokelCommercial Bank, Dr Walton Ekundayo Gilpin as one of its most distinguished honorees for the event to be held in Glasgow, Scotland.

The organization has released its annual publication that prominently featured Dr. Gilpin alongside other notable Bank CEOs in the continent who were recognized for excellent management practices and change makers in their respective financial institutions.

Reputation Poll International LLC, a leading global reputation–management firm, had recognised the Managing Director of Rokel Commercial Bank as one of the 50 most Reputable Bank CEOs in Africa.

Dr Ekundayoh Gilpin made it to a list that included top banking Executives from Nigeria, Kenya, Ghana, Egypt, South Africa and other big African economies for being the “most forward looking CEOs on the continent.”

The poll recognized banks CEOs “who have built and played an imperative role in revolutionizing the banking sector based on the following criteria; Expertise, Technology, Excellence, integrity Reliability and ease of credit.

They have helped their banks attain a great height of performance…”  A prominent name in the list was the oldest CEO in Africa, Othman Benjellouma, a Moroccan banker, billionaire and businessman who co-founded the Bank of Africa and BMCE Bank. He has an estimated worth of US1.3 Billionaccording to Forbes Magazine.

Dr Ekundayo Giplin is the first-ever Sierra Leonean bank executive to be recognized in a group 50 of elite bankers in Africa. This cannot be unconnected to his sound management and transformative policies that have invariably repositioned the Rokel Commercial Bank from a loss making to a profit making financial institution.

According to the 2020 Mckinsley Report, the COVID -19 pandemic has dealt a severe blow on Africa’s banking industry with a significant decline in Return on Equity (ROE) or profitability from 14% in 2019 to 7% in 2020.

The report adds, “These statistics are significantly better than average return on equity expected from developed markets which is estimated to dip below 1.5% in 2021.”

The report also stated that these leading banks are properly positioned by innovative COES and MDS who utilize adaptable strategies for emerging market trends.

“They not only manage new operating models but also sustain a more functional innovation programme that banks retain to their advantage as fintech systems progresses,” the report adds.

Speaking to this medium, Dr Ekundayo Gilpin said the recognition is not just about himself but rather, a feather on Sierra Leone.

“With humility, I want to thank those who put this poll together to come out with such a result that favours me and my country. This simply is additional motivation to continue serving and make a difference,” he had said.

The 2022 Reputation Poll will be held on the 10th June at the Radisson Red Hotel in Glasgow, Scotland. Prominent among the shortlisted awardees includes Ghana’s Fidelity Bank Managing Director, Julian Opuni and Charle Mudiwa of Stanbic Bank in Kenya.