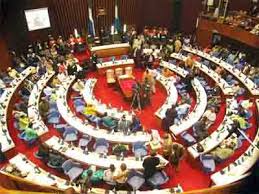 As part of the European Union’s ongoing support for democracy in Sierra Leone, an Election Follow-Up Mission (EFM) has arrived in the country to assess the progress in implementing the recommendations made by the EU Election Observation Mission (EOM) in 2018.

The follow-up mission is led by the Hon. Norbert Neuser, a Member of the European Parliament and Vice-Chairman of the Development Committee, who will engage with different stakeholders in the run-up to the next general elections.

Mr Neuser was last here as an election observer as a part of the European Parliament’s delegation to the Election Observation Mission in Sierra Leone in 2018.

He brings with him considerable experience of supporting democracy in Africa as an observer in Ghana, Mozambique, Nigeria Uganda and head of parliamentary delegation in Zambia as well as missions in Europe, Central Asia and South-East Asia.

Mr Neuser said on arrival in Freetown: “I believe it is crucial for the European Union to support elections, not only through impartial observation but also by taking a keen interest in the implementation of recommendations put forward by citizen and international election observers. This will help make future election processes more peaceful, inclusive, transparent and credible. I look forward to listening and engaging with various stakeholders in Sierra Leone during our EU Election Follow-up Mission and to explore how we can work together to further strengthen Sierra Leone’s democracy.”

In addition to the Chief of Mission, the EFM comprises two experts, one electoral and one legal, both with experience of elections in Sierra Leone, and a member of the European External Action Service. The Chief of Mission is in Freetown between 24 and 29 October, and the experts will be based in Sierra Leone between 10 October and 7 November 2021.

The EU Election Observation Mission made 29 recommendations, which if adopted would be important contributions to the consolidation of peaceful democracy and transparency in Sierra Leone. The EU Delegation in Sierra Leone welcomes the renewed focus on these and other missions’ recommendations in recent months by many stakeholders.

The purpose of the EFM is to assess and report on the degree to which recommendations have been implemented and other electoral reform initiatives undertaken. A public report will issued after the end of the mission.

Mr Neuser will meet with some of the key stakeholders, including relevant state institutions and ministries, political parties, the National Election Commission, the Political Parties Registration Commission, citizen observers and other civil society organisations, as well as representatives of the international community.

This morning the EFM held a round table with members of civil society with the theme of reducing political tensions during campaigns. Chairperson of the National Election Watch (NEW), Marcella Samba-Sesay said: “We welcome the arrival of the EU Election Follow-Up Mission at this important time in the process of electoral and wider democratic reforms. Now that we have held several national conferences, which have helped to build consensus, it is time for the government, MPs and electoral management bodies to act on the recommendations made in 2018 so that the forthcoming elections can be better for Sierra Leonean people. This is what democratic development and progress mean.” 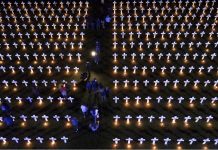 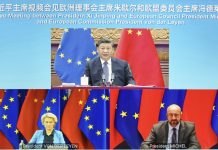