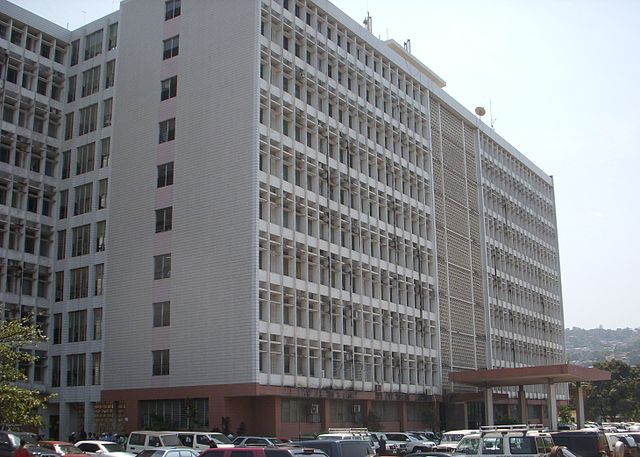 The Building hosts the highest number of government ministers, deputies and ministries, departments and agencies staff.

For days now, ministers, deputies, heads of departments, agencies and their staffs have faced the constraints of having to sweat their way up the dozens of steps to access their offices, as the lift is grounded due to the unavailability of electricity supply.

More embarrassingly, investors (foreign and local), business people and visitors have for days now incurred the constraints of sweating through the hundreds of steps to access offices in the eight-story building.

In an exclusive interview with the Head of Communications at the Electricity Distribution and Supply Authority (EDSA), Sahr Nepor before press time last evening, he denied the rumor that the Youyi Building was disconnected as a result of non-payment of electricity bill.

According to him, EDSA was have some technical fault with its installations at the community covering Youyi Building and in order to fix the fault, the entire community was shut down from electricity supply as work to fix the fault progresses.

He further told AYV newspaper that the fault has been fixed and that electricity supply has been reinstated to the Building and the entire community as of midday yesterday Thursday September 23rd.

He said he was surprise to see the fake news on social media about electricity supply being cut off from the Building due to non-payment of electricity bill, whiles appealing to journalists to be cross-checking information before spreading fake news.