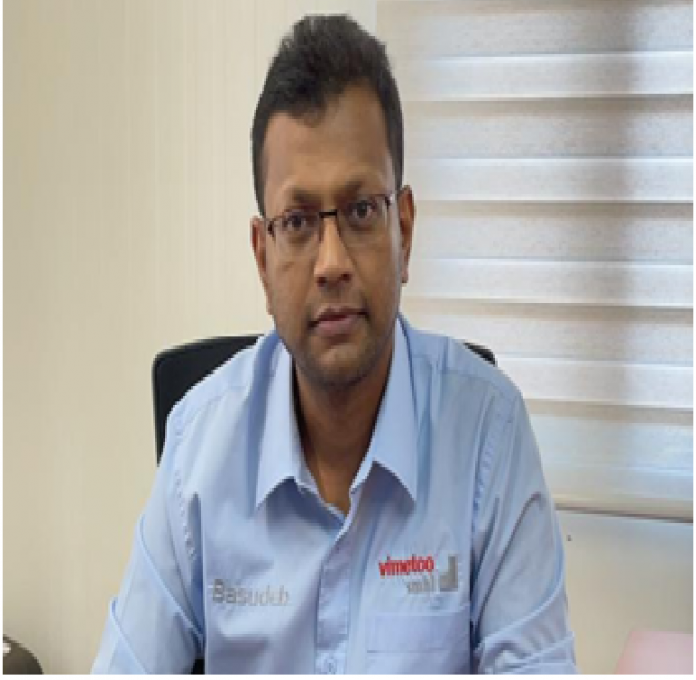 One of Sierra Leone’s leading and most compliant mining company, Sierra Mineral Holdings Limited (SMHL-VIMETCO) has refuteda falsereport published in a local tabloid published in Sierra Leone on Tuesday 29th June, 2021, with the caption: “For sheer negligence…Vimetco In Drowning Scandal…1 confirmed dead”.

Setting the records straight on what truly transpired at sea, SMHL’s General Manager, BasudebDatta said in the morning of 7th June 2021, the Ocean-Going Vessel MV Concaran arrived at Buoy 4 anchorage point and crew received confirmation from theirPort Manager, that barge Cornelia with push boat Mokanji have sailed with orders to transport stevedores and provide the first cargo load for the shipping vessel.

He said the stevedores were hired by Nectar Sierra Leone Bulk Terminal (NSBT) and they are meant to operate the bulk handling crane during the process of loading the vessel and that is part of their Standard Operating Procedures to ensure that anybody that passes through SMHL’s operation undertakes a Safety Screening; PPE compliance checks as well as toolbox talks.

Mr. Datta went on to explain that when the stevedores arrived at the Nitti Port SMHL’s safety officers at the port ensured that toolbox session, safety compliance and screening was done, adding that the stevedores have a fair idea of the risk involved.He said the selection and safety training of these stevedores’ rests with the management of NSBT.

SMHL’s investigations,Datta furthered, revealed that Mokanji push boat cast off from Nitti straight at around 0803H on 7 June 2021 and sailed safely to buoy 4 and that Master received crew at the rendezvous position and the Stevedore foreman presented a list for screening onboard vessel. All members were announced one at a time to proceed for screening.

SMHL’s investigation he continued also revealed that the late Mohamed Koroma who was supposed to be the last to disembark the barge; was new to the bauxite bulk transfer operation, adding that the cook is usually expected to collect all working supplies including food items and other sundry materials.

He said it was further confirmed that the deceased was urged to ascend the gangway but he requested to rest a bit, stating that he was feeling tired and weighed down and that the mooring line that was just at his back, got tension from the swells moving the barge away from the vessel.With contraction force in the line, the General Manager stated, the mooring rope swung from the bollard and tossed the Late Mr Koroma at a time when he had taken off his floating device (PFD) and hard hat PPE. He fell over-board, sank and from the moment of landing on the deck.

He said Mohamed fell into the sea close to where he was sitting and submerged without a trace.According to the Port Manager of Vimetco, IssaSesay,on the 7th June 2021, around 13:45 GMT, notification relating to the drowning incident was received at Nitti-2 Port from SMHL Shipping representative Mathew Foday at Buoy # 4. Issa added that they immediately organized a rescue mission but was unsuccessful to locate and rescue him.

He said the comment by the local newspaper that the company did not provide any supervisor to regulate the movement of stevedores is false, adding: “We would like you to know that our barges are manned by our personnel that includes expatriate and local captains, safety officers and monitoring foreman among others and that we do monitor all onboard”.

Regarding assistance to the family of the Late Mr Koroma and payment of benefit, Mr. Datta said “The Stevedores (including the late Mr Koroma) were hired by NSBT and we believe any issue regarding their maintenance or welfare rests under the responsibility of NSBT.” He said SMHL however conducted a detailed investigation report which has beensent to NSBT.

The Human Resource and Corporate Affairs Manager of SMHL-Vimetco said the late Mr. Mohamed Koroma was not an employee of Vimetco. He added that the company continues to uphold it safety measure which he said is key to their operations. The Company remains focus and will do all it could to prevent future occurrence. He expressed sincere condolences to the family of the deceased.It is no secret that in term of meeting its Corporate Social Responsibility, SMHL’s has been top among the many mining companies operating in the country.

In recent times, SMHL’s through CDC funded a One Billion Four Hundred Million Leones project for the construction of a Multipurpose Complex in its operations community, doled out scholarships to thousands of University and College students within its mining operational and currently constructing a hundred beds Ultra-Modern Hospital in Ngolala, Upper Banta chiefdom, Moyamba district among other goodies and its relationship with residents of communities they are operating is very much cordial.