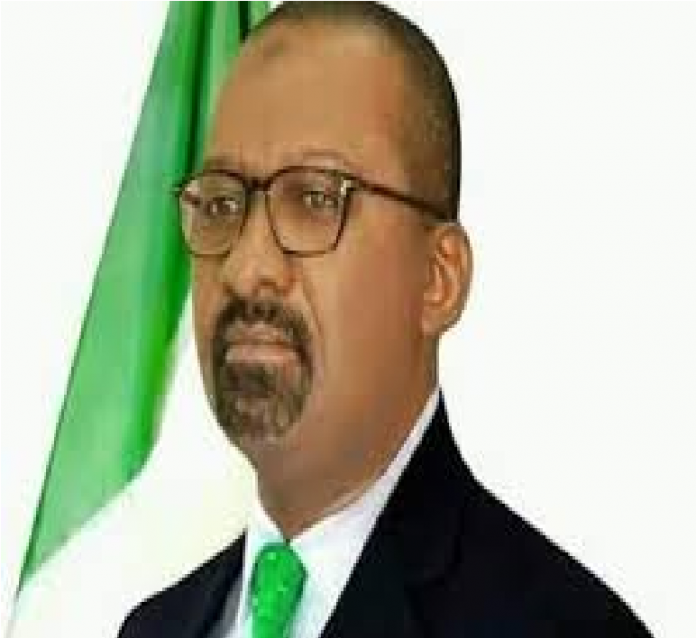 Vice President stated that the official turning of the sod for the construction of the one hundred beds hospital facility was as a result of President Bio’s vision to develop the health sector.

The vice president informed the audience about President Bio’s strategic directives to the Interim Coordinator of the National Covid-19 Operation Emergency Respond Center (NACOVERC) to observe the fight against the disease beyond now.

He explained further the presidential directives to include Covid-19 respond to have a bridge from present intervention, to long term respond for any other infectious disease.

He added that, Sierra Leone is one of the countries recommended by the United States Government for its citizens to travel.

“The turning of the sod ceremony was as a result of the friendship and very strong relationship between President Bio and the Crown Prince of Abu Dhabi” Vice President Jalloh told the audience.

The Vice President recalled the donation of medicines and other medical equipment by the United Arab Emirate to the Government of Sierra Leone at the start of Covid-19, therefore the gift for the construction of one hundred bed hospital facility demonstrates the good relationship between the two countries.

Vice President Jalloh termed President Bio as a champion of human capital development that instructed for an increased in budget allocation to critical sector ministries like health, education, and agriculture on assuming office in 2018.

The Honourable Vice President informed the gathering about the increased of budget to the health sector from 6% in 2018 to 11.4% in 2021, and the recruitment of four thousand health care workers. He thanked the Crown Prince of Abu Dhabi for the hospital Gift. Vice President Jalloh encouraged the people of Portloko to protect the hospital facility when completed.

Retired Brigadier Keili Conteh-Minister of Defense who doubles as the Interim Coordinator of NACOVERC noted that the construction of the UAE hospital will put Sierra Leone in a state of preparedness, in case of any other emerging disease.

Retired Brigadier Conteh recalled Sierra Leone having only thirty beds to deal with infectious disease at the time Corona disease emerged; but lamented that the country can now boast of over one thousand beds to treat the disease.

He said that the construction of the hospital in Portloko district among the sixteen districts is a welcome idea that the people of Portloko should be thankful for.

Dr. Austin Demby-Minister of Health and Sanitation thanked the people of Portloko for their resilience to fight infectious disease like Ebola, therefore the district was chosen because of that resilience shown during the fight against Ebola in 2014/2015.

The ultra-modern hospital, Dr. Demby said will provide the capability to the people of Portloko to manage all sicknesses. He informed the audience about the Government using the principles of prevention, and management of disease. He noted that the management of disease principle is to ensure that disease does not transferred from one person to another.

Haja Isata Abdulai-Kamara thanked the UAE Government for coming to the aid of Sierra Leone at a critical time the country is in need to strengthen the health sector. Minister Kamara maintained that the gift is as a result of the leadership provided by President Bio to fight Corona disease.

She refers to Portloko district as a district that serves as a gateway to the outside world, and as an entry point for all other districts to Freetown; therefore Portloko is the best place to construct the hospital.

The facility he explained will be fully equipped with 100 beds, 20 intensive care, a pharmacy and a medical laboratory. The gift is a UAE Aid to Sierra Leone as part of the UAE global response to fight Corona disease.