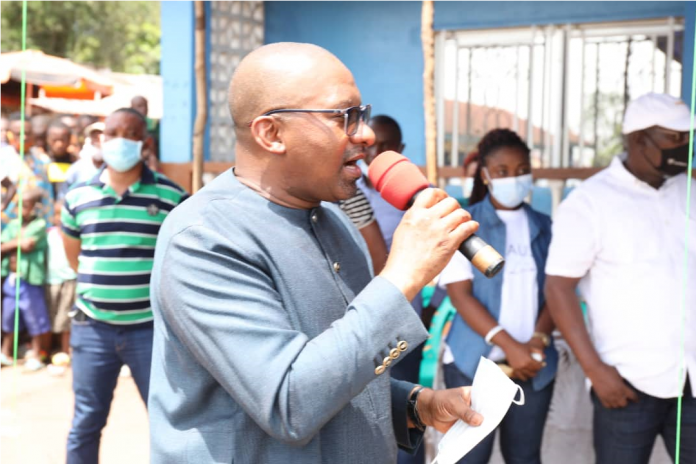 Vice President Dr. Mohamed Juldeh Jalloh has engaged stakeholders of Moyamba district and discussed the way forward for the development of the district.

He said engaged the stakeholders through his visitation in public service delivery institutions including Moyamba Government Hospital, Schools, District Council, schools as well as Religious Leaders. The vice president has identified challenges facing these institutions and registered government commitments to salvage the situation.

He also witnessed the launched of Feeder Roads Construction Projects for various communities in Moyamba district by Road Maintenance Fund Administration (RMFA) and Moyamba District Council. He expressed impression for the involvement of Civil Society Organizations to monitor the progress of these projects implementation in the respective communities.

VP Juldeh also impressed with the inclusion of local councils by RMFA in identifying priority roads that need to be supported particularly communities that often faced cut-off during the rains.

He said the works of Local Councils across the country were broadened with extensive feeder roads construction projects with support from RMFA.

According to him, the Shenge Road in Moyamba district is one of the major roads identified by government that needs to be constructed considering the economic potentials from the community.