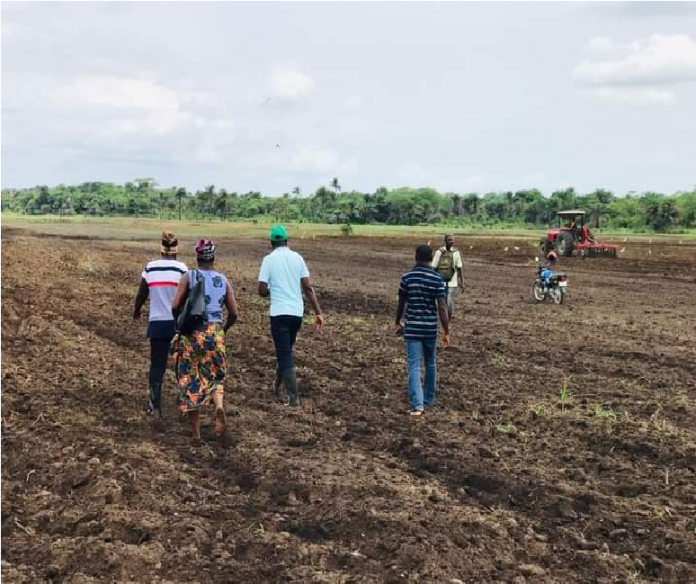 Farmers across project locations in Kambia and Bonthe districts have commended President Bio for his commitment towards the development of the rice value chain in the country.

The $34.12 million Regional Rice Value Chain Project is jointly funded by the Government of Sierra Leone, Islamic Development Bank and the Arab Bank for Economic Development for Africa (BADEA).

The main objective of the project is to contribute to reducing the high importation rate of rice and enhance economic growth through improved production and productivity in a sustainable manner, processing, and marketing.

The project will also increase vertical and horizontal production by adding newly irrigated areas to the existing productive ones and by introducing an array of institutional and technical interventions to increase productivity.

The project is going to support the Sierra Leone Agricultural Research Institute (SLARI), Seed Multiplication Program (SMP), Sierra Leone Seed Certification Agency (SLeSCA) to ensure they are supported for efficiency. Apex Bank will be supported to also work with farmers.

‘Shaolin Fighters’: One Hospitalised, One Disciplined

According to KMC, the CRSG employee has been immediately withdrawn from the mine site whiles the KMC employee was taken to the hospital for professional medical attention.

The management of Kingho has condemnedthe act of violence and physical assault within its mine site which according to them contravenesthe Company’s policy, the Mines and Minerals Act of 2009 and other related laws of Sierra Leone.

KMC as a Chinese companytotally condemned the behavior of the CRSG employee as portrayed in the video and that in collaboration with the Ministry of Mines and Mineral Resources and the National Minerals Agency and other relevant stakeholders, investigations are ongoing and appropriate actions will be taken immediately to avoid the reoccurrence of such unfortunate incident.

The company has assured its strong commitment to continue operating in compliance with the laws of Sierra Leone.