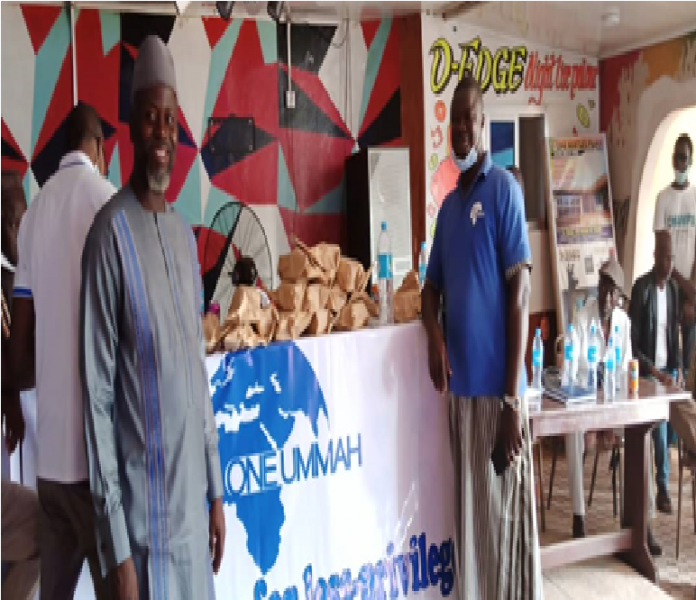 The Scheme fully funded by One-Ummah, is according to the CEO and Founder of Tawheed Foundation-SL, Sheikh Abdulrahman Tejan Bangura, targeting both vulnerable and less privileged but smart and intelligent kids who hailed from Sanda and other parts of the country.

A scheme the Foundation’s Secretary General-Alpha Sidie Bangura said has the potential to continue hence funds from its donors are available.

Prior to the launch, an interview panel constituting traditional authorities, youth group representatives, the media and outstanding Sanda lecturers of the EBK University took the applicants through rigorous screening exercises before being shortlisted and accepted into this year’s scholarship scheme.

A member of the panel, Musa Sanu born from Malonthon and a long serving lecturer of the Ernest Bai Koroma University’s nursing department said he was impressed to have seen young promising potentials enlisted with painstaking vulnerability testimonies.

“I am impressed by the approaches used and I hope such a scheme expands and continues in the years to come” he asserted.

PC Kandeh Pariah, youth activist and philanthropist Junior Renner, Future Promoters of Sanda and the Regent Chief’s representatives showers praises with great appreciation for the manner of identification, verification and screening of beneficiaries to this year’s ‘scholarship for the less privilege’

A hard cash of five million leones (Le5,000,000) as a year fee was handed to successfully screened beneficiaries.

In a similar development, the Foundation which has a fundamental goal of ‘serving all through humanity’, Sheikh Bangura, presented a support package of fifty (50) bags cement, bundles of corrugated roofing zinc, 20 long length of iron rods with a food for work package for the construction of a lower primary school and a multi-purpose housing estate in Menthagba, Mateboi section, Sanda Taindaren chiefdom.

Stanley Bangura Jr, a son of the soil and the initiator of the project thank the Foundation’s CEO for his high level of magnanimity over community driven development projects.