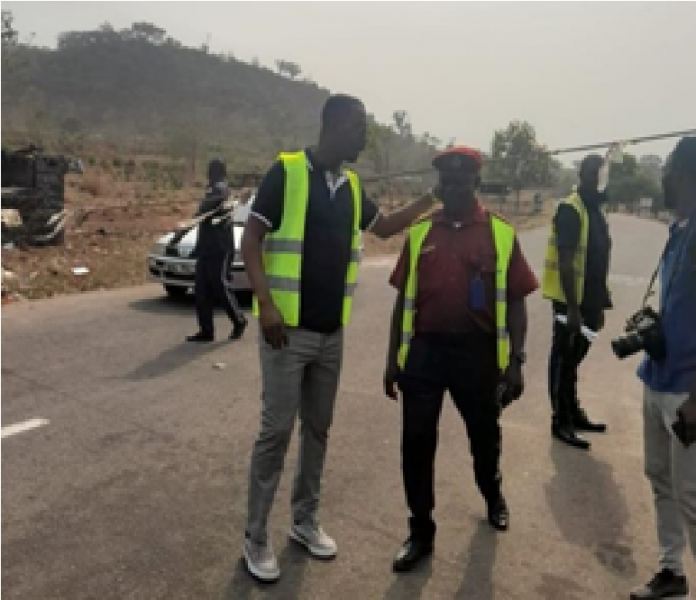 Most of the prominent research Tink Tanks including US based HuffPost have confirmed that ‘Drunk Driving’ is one of the major dangerous causes of accidents across the world. Compelled by this, the SLRSA has introduced the use of breathalyzers to reduce road accidents in the country.

“The use of a breathalyzer in our safety enforcement operation was deliberate,” said SLRSA Executive Director, adding that breathalyzers are used to test your alcohol content.”

He continued that it is the fastest and most accurate way to test the Blood Alcohol Content in your body. According to Mr. Sannoh, you breathe into the plastic tube and the device measures the content of alcohol in your bloodstream and lungs from 0.0% to 0.09%.

The joint team started at Tombo in the Western Rural District to Kent roundabout.  He explained that they continued to Lumley and Aberdeen beach in the west end of Freetown.

The SLRSA Executive Director said all the stakeholders in the transport sector including drivers appreciated the move considering the risk associated with drunk driving. He said he was appointed by His Excellency President Julius Maada Bio to sanitize the transport sector and ensure total compliance with all road safety measures in the country.