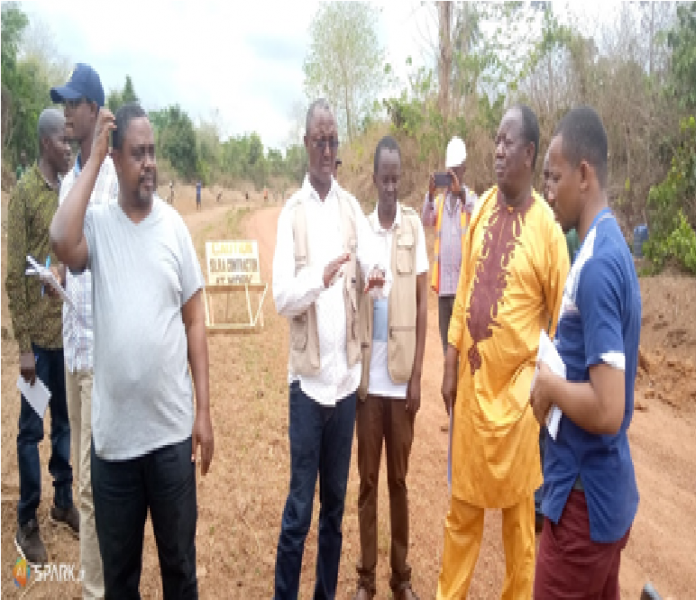 Officials from the Sierra Leone Roads Authority ended a one-week visit to the Southern Region in a satisfied mood over progress of SLRA’s “Major and Minor Road Regraveling” Project in the four districts of the South.

Professional Head Ministry of works Paul SH Bockarie at a Press Conference at the end of the exercise at Matotoka expressed satisfaction at the present stage of the project. What he said he looked for during the tour was “Site Organization” which he said included ‘labour and timing.’ He said he also looked out for ‘quality management and equipment.’  He however stated that he was shocked by the contradictions in contractors’ bid documents and what he observed at the sites. “Contractors projects are not as to what is happening on the ground”, he added.

When speaking, Deputy Director General Ansumana Abdulai stated “We are still on course to provide reliable, safe sustainable roads for our people.” He stated that the ‘mobilization’ apsect of the project was key and he admitted that all the contractors have done their best in that drive. “Mobilization is key and I think they have all done it.” He ended by saying that “I think this is a satisfactory performance”.

Sierra Leone Peoples Party Tonkolili District Chairman Abu Mohamed Koroma thanked SLRA for the on-going work. He stated: “For the past 40 years, we have not seen this kind of work here”. He went on:  “And this is a major road that links Bo, Kono, Mile 91 and Freetown and when this work is finished, am sure it will help the economy”. The work he said was a major need of the people of that area.

Ministry of Finance Representative Francis B Conteh stated that “the work has challenges” but still accepted that “but it is somehow satisafctory”.