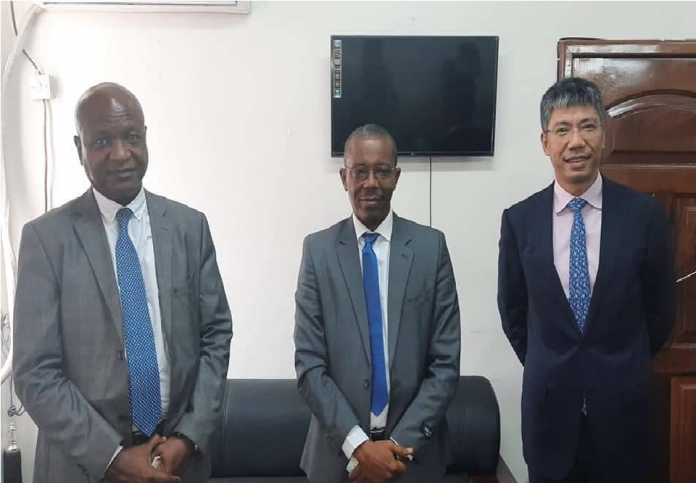 The Minister of Lands, Housing and Country Planning, Dr. Turad Senesie has disclosed that Sierra Leone is a destination for secured investment.

He was speaking to a group of power production investors from China, who are currently visiting the country to explore and discuss investment opportunities.

The team from Shenzhen Energy Group/Sunon Asogli Power was led by the Sierra Leone High Commissioner to Ghana, Her Excellency Mrs. Francess Anderson.

The President of Asogli State Council, Togbe Afede XIV, disclosed to the minister that they were in Sierra Leone to be part of the country’s power supply solution, while requesting the support of the minister for the provision of the required investment land.

He disclosed that their goal, as has been expressed earlier to the Minister of Energy, is to make Sierra Leone a net exporter of electricity in the sub region.

According to him, they were ready to invest in short term solar and long term hydro projects.

In response, the Minister of Lands, Housing and Country Planning, Dr. Turad Senesie pointed out that the need for electricity to support national development cannot be overemphasized.

He assured the investors of government’s willingness in not only providing the required land, but to fully support such investment proposal that is in line with the government’s medium term development plan.

“His Excellency the President believes in action oriented investments and not theories,” he asserted, while assuring the investors of the country’s flexible national policies that supports foreign investments.

“Our national policies provide the conducive environment that supports and protects credible foreign investments,” he emphasized. He assured the visitors of government’s cooperation.

The visiting delegation was earlier introduced to the minister by the Sierra Leone’s High Commissioner to Ghana.