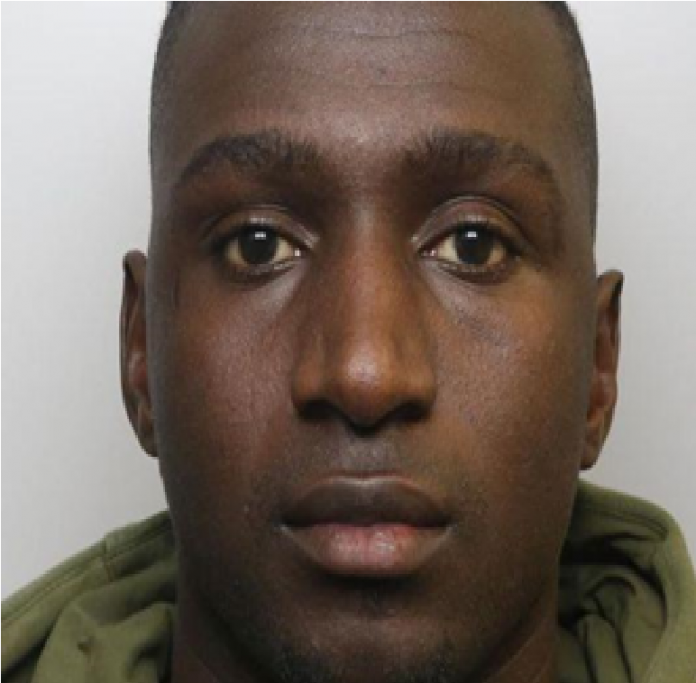 Former Bristol City goalkeeper, a Sierra Leonean, Alhaji Sesay has been jailed after being convicted of Rape.

Sesay was a very talented footballer who had achieved his dream to make it as a professional, Bristol Crown Court heard.

But a jury heard how he subjected a woman to a serious sexual assault in the female toilet of a nightclub in Bristol.

And, after being arrested and released under police investigation, he targeted a second woman in the female toilet of a nightclub in London.

The judge ordered Sesay to notify his whereabouts to police for life.

He was barred from working with children and vulnerable adults. James Tucker, prosecuting, said Sesay groped a woman’s private parts in the female toilets of a Bristol nightclub in 2019.

Having been arrested, interviewed and released, he went on to attempt to rape, and orally rape, a woman in a London nightclub last year.

The first complainant said it felt like she left her own body when Sesay abused her, and she had suffered significant trauma as a result.

In an impact statement she said: “I am left in a constant state of hyper-vigilance. I see the worst of people when I used to see the best”.

The second complainant stated she suffered an anxiety disorder before Sesay abused her which was made worse by his abuse of her.

She stated: “I look at men differently now and I wonder if they are dodgy and what they are capable of? Anything can happen, anywhere.”

Sophie Shotton, defending, said: “This is a young man whose career is now in tatters. Football has been all he’s known from a very young age. It was the only career choice because of his limited education. He came to the UK with the intention of furthering his education and furthering his career in football and the intention of making his mother proud and supporting her financially.”

DC Toby Hayes of Bristol CID, said: “Alhaji Sesay is a predatory sexual offender who would brazenly target women at random at nightclubs.

CCTV footage gathered during the police investigations showed him going into female toilets, where he carried out his attacks.